Eintracht Frankfurt will be visiting Mercedes-Benz Arena on Saturday for the Bundesliga 1 meeting with home side Stuttgart.

Our tips, poll and stats for Stuttgart v Eintracht Frankfurt can all be found here - plus the latest betting odds.

Stuttgart won’t want a repeat of their last result here after a 0-1 Bundesliga 1 losing effort in their last game against Eintracht Frankfurt.

It’s not been often in recent games where Stuttgart have shown defensive steel. It will be a concern for them that Stuttgart have been scored against in 5 of their previous 6 games, leaking 7 goals along the way.

Leading up to this clash, Stuttgart:

In the course of their six most recent matches, Oliver Glasner's Eintracht Frankfurt have seen their efforts on goal rewarded 10 times therefore giving them a goals scored per game average of 1.67.

Checking on their past head to head clashes going back to 02/11/2018 shows us that Stuttgart have won 0 of them & Eintracht Frankfurt 3, with the tally of drawn matches being 3.

A total of 19 goals were scored between them in these games, with 6 from Stuttgart and 13 coming from Eintracht. That’s an average goals per game figure of 3.17.

The previous league match featuring these sides was Bundesliga 1 match day 21 on 05/02/2022 which finished with the scoreline of Stuttgart 2-3 Eintracht Frankfurt.

That time, Stuttgart had 53% possession and 15 attempts at goal with 5 of them on target. The goalscorers were Waldemar Anton (42') and Saša Kalajdžić (70').

Eintracht Frankfurt and Stuttgart could well end up finding themselves level here, with both teams capable of netting.

We’ll see, but this looks like it could end up all-square. Therefore, we predict a very close game with a 1-1 score draw at the end of this game. 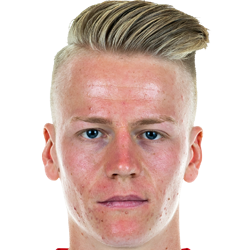 Mostly playing in the Right Wing position, Chris Führich was born in Germany. Having made his senior debut playing for Cologne in the 2017 - 2018 season, the goalscoring Forward has scored 2 league goals in this Bundesliga 2022 - 2023 season so far in a total of 6 appearances.

We have made these Stuttgart v Eintracht Frankfurt predictions for this match preview with the best intentions, but no profits are guaranteed. Please always gamble responsibly, only with money that you can afford to lose.