The La Liga tie at Estadio Camp Nou on Wednesday will see home side Barcelona play against Elche CF.

All of our predictions, stats and the user poll for Barcelona v Elche CF are shown below - plus the latest match odds.

Barcelona enter this match coming off the back of a 1-1 La Liga tied result versus Cádiz.

Fixtures featuring Barcelona have usually been lively encounters recently with plenty of scoring the rule rather than the exception. Over their past six clashes alone, a total of 28 goals have been recorded for both teams combined (at an average of 4.67 goals per game) with 15 of these accredited to Barça. We shall soon find out whether or not that trend can be continued on in this game.

Ahead of this meeting, Barcelona are undefeated in their last 9 home league matches. A very good run at home.

Elche CF go into this match after a 1-0 La Liga win to beat Eibar in their last game.

The numbers tell their own story, and Elche CF have been scored against in 5 of their last 6 games, with opponents netting 10 goals in all. At the back, Los Franjiverdes seem to have a bit of a soft underbelly.

Coming into this fixture, Elche CF haven’t won away from home in the past 8 matches in the league. What a terrible run of away results.

A review of past results between these clubs going back to 11/05/2014 tells us that these encounters have not been good ones for Elche CF. They have not been able to register any victories at all while Barcelona have remained in the ascendancy, getting wins in 83% of those matches.

20 goals were scored between the two sides in this period, with 20 of them from Barça and 0 being from Los Franjiverdes. That is an average goals per game value of 3.33.

On that day, Elche CF managed 34% possession and 4 attempts at goal with 2 of them on target.

From a largely full-strength group of players, there’s only the lone fitness problem for the Elche CF manager Jorge Almiron to contend with. Fidel (Muscle Injury) won’t be in action.

We feel that Barcelona have it within them to be able to create a good number of chances & successful shots on target.

At the same time, Elche CF could well find it tough finding the net themselves although we do think that they will probably end up pulling one back during this clash, too.

We’re therefore expecting to see a comfortable 3-1 margin for Barcelona after 90 minutes. 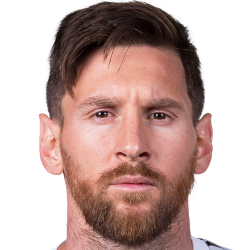 Customarily taking to the field in the Striker position, Lionel Messi was born in Rosario, Argentina. After making a first senior appearance for Barcelona in the 2004 - 2005 season, the skilful Forward has got 15 league goals in the LaLiga 2020 - 2021 season so far coming from a total of 20 appearances.

While we have made these predictions for Barcelona v Elche CF for this match preview with the best of intentions, no profits are guaranteed. Always gamble responsibly, and with what you can afford to lose. Good luck if you do place a bet today.