View all Granada v Elche CF tips, stats and our pre-match poll below (including the best match odds).

Granada will be hoping for a better result following the 2-1 Europa League defeat last time out to SSC Napoli.

At least three goals per match have been seen in 5 of the last 6 fixtures where Granada have taken part. Opposing sides scored 14 times in these games whereas Nazaríes totted up 11.

Coming into this fixture, Granada are without a home win in the past 2 matches in the league.

Since a loss in their previous game against Barcelona in La Liga action, Elche CF will be hoping to turn things around here.

The strike force from Elche CF have suffered from a shortage of goals in their past six clashes, recording the unsatisfactory return of just 4. In those fixtures, Los Franjiverdes have also seen the collective goal tally of opposing teams equal 11. That kind of trend might not be continued into this match, though.

Going into this contest, Elche CF are without an away win for the past 9 matches in the league. Very poor, indeed.

An inspection of their past head to head meetings going back to 22/03/2014 shows that these fixtures have not been fruitful for Elche CF. They have not been able to register any victories whatsoever whereas Granada have maintained the edge over them, getting wins in 67 per cent of those ties.

In all, 8 goals were scored between the two sides throughout the course of those matches, with 6 for Nazaríes and 2 being from Los Franjiverdes. The average number of goals per game works out to 1.33.

On that occasion, Elche CF had 67% possession and 9 shots at goal with 1 of them on target.

At the other end, Granada got 12 attempts at goal with 5 of them on target. Luis Suárez (42') was the scorer.

Owing to a completely injury-free group available to choose from, Elche CF manager Fran Escribá doesn’t have any fitness worries whatsoever ahead of this match.

We’re of the opinion that Elche CF will manage to score against this Granada side, although that probably won’t quite be as many as they’ll concede.

Our selection here is for both teams to score in a 2-1 winning score for Granada after 90 minutes. Let’s see what happens here. 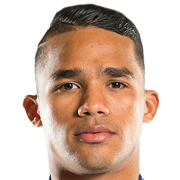 Generally taking to the field in the Central Defensive Midfielder position, Yangel Herrera was born in La Guaira, Venezuela. After having made a senior debut playing for New York City FC in the 2017 season, the accomplished Midfielder has struck 3 league goals in this LaLiga 2020 - 2021 campaign to date in a total of 21 appearances.

While we have made these predictions for Granada v Elche CF for this match preview with the best of intentions, no profits are guaranteed. Always gamble responsibly, and with what you can afford to lose. Best of luck with your selections.