Scroll down to see all of the predictions, poll and statistics for Elche CF v Real Betis (plus the best game odds).

Elche CF prepare for this fixture following on from a 2-2 La Liga tied result vs Mallorca.

It has been all too rare in recent times where Elche CF have managed to hold out for a full 90 minutes. In fact, Elche CF have been scored against in 5 of their previous 6 clashes, letting in 9 goals on the way. It will be interesting to see whether or not that trend will be continued on here.

Looking at their past form shows that Elche CF:

After a losing effort in their last game against Sevilla in La Liga action, Real Betis and their fans will hope to get a better result this time.

In that game, Real Betis managed 26% possession and 8 shots on goal with 1 on target. The scorer for Real Betis was Héctor Bellerín (81' Own goal). For their opponents, Sevilla FC had 11 shots at goal with 2 of them on target. Marcos Acuña (55') was the scorer for Sevilla.

Indicating their appetite for eventful encounters, goals have been celebrated 21 times in the previous six games in which Real Betis have played, giving an average of 3.5 goals for each fixture. Opposition teams have hit 13 of this grand total.

Looking at the statistics for their head to head meetings stretching back to 11/09/2010, it’s been all-even between these two clubs with Elche CF winning 2 of those games, Real Betis 2 and 2 being drawn in regulation time.

A sum of 16 goals were scored between the two sides in these games, with 8 from Los Franjiverdes and 8 belonging to Béticos. The average goals per game has been 2.67.

The last league clash between these sides was La Liga match day 29 on 04/04/2021 which finished with the scoreline of Elche CF 1-1 Real Betis.

The Elche CF manager Fran Escribá doesn’t have any fitness concerns whatsoever coming into this match owing to a completely healthy squad to pick from.

With a completely injury-free group available to select from, the Real Betis manager Manuel Pellegrini has zero fitness concerns whatsoever ahead of this game.

We feel that over the course of the game, Elche CF will have their work cut out to score goals against this Real Betis side who will likely gain the upper hand.

We therefore fancy a very competitive game with a 0-1 victory for Real Betis when the referee blows for full-time. 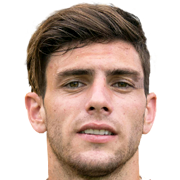 Mostly taking up the Striker position, Lucas Boyé was born in San Gregorio, Argentina. Having played his first senior match for River Plate in the 2014 season, the talented Forward has contributed 4 league goals in this LaLiga 2021 - 2022 season to date coming from a total of 10 appearances.

We have made these Elche CF v Real Betis predictions for this match preview with the best intentions, but no profits are guaranteed. Please always gamble responsibly, only with money that you can afford to lose. Good luck with your selections.