All SD Huesca v Elche CF game predictions, stats and user poll are shown below - as well as up-to-date odds.

Matches with SD Huesca have proved to be engaging encounters of late with plenty of scoring expected. Over their past six clashes alone, a total of 21 goals have been recorded for both teams combined (at an average of 3.5 goals per game) with 10 of these being chalked up by Oscenses. That trend might not follow through into this match, of course.

In their previous fixture, Elche CF drew 1-1 in the La Liga match with Real Betis.

In that match, Elche CF had 46% possession and 7 attempts at goal with 3 of them on target. The scorer for Elche CF was Pere Milla (36'). At the other end, Real Betis had 13 shots on goal with 3 on target. Borja Iglesias (14') scored for Real Betis.

Looking at their form, and Elche CF have been scored against in 6 of their last 6 matches, seeing opposing sides hit 9 goals in total. Defensively, Los Franjiverdes could really do with shoring things up.

Coming into this fixture, Elche CF have not won away from home in their last 13 league matches. They must be getting so desperate.

Looking at the statistics for their head to head duels going back to 21/02/2016, neither club has come out on top overall with SD Huesca winning 1 of those games, Elche CF 1 and 4 being drawn in regulation time.

11 goals were shared by the two clubs throughout the course of those matches, with 5 for Oscenses and 6 belonging to Los Franjiverdes. That is an average goals per game value of 1.83.

The previous league clash between these sides was La Liga match day 5 on 03/10/2020 and the score finished Elche CF 0-0 SD Huesca.

On that occasion, Elche CF managed 51% possession and 2 shots on goal with 0 of them on target.

For their opponents, SD Huesca had 18 shots at goal with 4 of them on target.

Due to a completely injury-free squad available to choose from, Elche CF boss Fran Escribá doesn’t have any fitness worries to report coming into this match.

We think that Elche CF will need things to go their way to register a score against this SD Huesca lineup who we think will emerge victorious.

Therefore, we predict a highly competitive game with a 1-0 winning margin for SD Huesca when the referee blows for full-time. 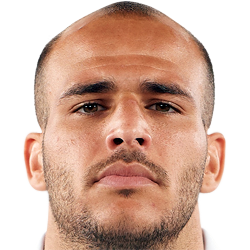 Regularly deployed in the Striker position, Sandro Ramírez was born in Las Palmas de Gran Canaria, Spain. After having played his first senior match for Barcelona B in the 2013 - 2014 season, the accomplished Forward has got 3 league goals in this LaLiga 2020 - 2021 season to date in a total of 11 appearances.

While we have made these predictions for SD Huesca v Elche CF for this match preview with the best of intentions, no profits are guaranteed. Always gamble responsibly, and with what you can afford to lose. Best of luck.