Our full set of predictions, statistics and match poll for RKC Waalwijk v FC Emmen can be seen below including the latest game odds.

RKC Waalwijk head into this fixture following on from a 0-0 Eredivisie tied result versus Sparta Rotterdam.

Joseph Oosting's RKC Waalwijk have netted a sum total of 5 times in their past six outings. The comparative tally of goals that have been scored against them in those same games stands at 12.

Coming into this fixture, RKC Waalwijk have not beaten FC Emmen in their previous 2 matches in the league.

FC Emmen come into this match after a 1-0 Eredivisie win versus PSV Eindhoven in their most recent match.

The only name on the scoresheet from FC Emmen was Lucas Bernadou (24').

Dick Lukkien's FC Emmen have slotted home 8 times in the course of their latest 6 matches. The aggregate of goals that have been scored against them during those same clashes comes to 10.

Checking on their past head-to-head clashes going back to 18/08/2017 shows us that RKC Waalwijk have won 1 of these games and FC Emmen 3, with the number of drawn matches being 2.

A sum of 14 goals were yielded between them in these games, with 5 of them from RKC and 9 for Rood-Witten. That is an average goals per game value of 2.33.

The last league clash between the two was Eredivisie match day 2 on 13/08/2022 when the final score was FC Emmen 1-1 RKC Waalwijk.

In our view, FC Emmen will really need to work well to breach the defence of this RKC Waalwijk team who will likely end up scoring and staying ahead.

We therefore fancy a very even match with a 1-0 winning score for RKC Waalwijk when the referee blows for full-time. 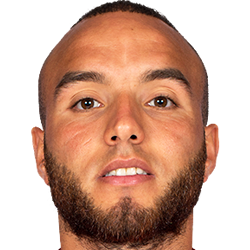 Mostly played in the Central Attacking Midfielder position, Iliass Bel Hassani was born in Rotterdam, Netherlands. Having played his first senior match for Sparta Rotterdam in the 2010 - 2011 season, the gifted Midfielder has scored 5 league goals in this Eredivisie 2022 - 2023 season to date in 13 appearances.

While we have made these predictions for RKC Waalwijk v FC Emmen for this match preview with the best of intentions, no profits are guaranteed. Always gamble responsibly, and with what you can afford to lose. Best of luck.