Our full set of predictions, statistics and match poll for Energetik-BGU Minsk v Torpedo-BelAZ can be seen below - as well as the best betting odds.

Energetik-BGU Minsk will be hoping to bounce back here following the 2-1 Premier League losing effort in their last game against FC Minsk.

Vladimir Belyavskiy's Energetik-BGU Minsk have hit the target a sum total of 8 times in their past six outings. At the other end, the number of goals that have been scored against them in those fixtures stands at 11.

In their last game, Torpedo-BelAZ drew 0-0 in the Premier League match with Dinamo Minsk.

Throughout their six latest matches, Yuri Puntus's Torpedo-BelAZ have seen their efforts on goal rewarded a total of 5 times, yielding them a goals scored per game average of 0.83.

Going into this one, Torpedo-BelAZ haven’t won away from home in the past 5 league games.

Energetik-BGU Minsk boss Vladimir Belyavskiy doesn’t have any fitness concerns whatsoever ahead of this game with a completely healthy group to pick from.

In an otherwise full-strength group of players, there is only the lone fitness problem for the Torpedo-BelAZ gaffer Yuri Puntus to be concerned with. Ilya Kukharchik (Cruciate Ligament Rupture) won’t be playing here.

We’re thinking that Torpedo-BelAZ and Energetik-BGU Minsk could well cancel each other out, with goals at a real premium.

There should be little in it, and a draw looks quite a realistic result. We’re therefore predicting a very close game with a 0-0 scoreline when the full-time whistle blows. 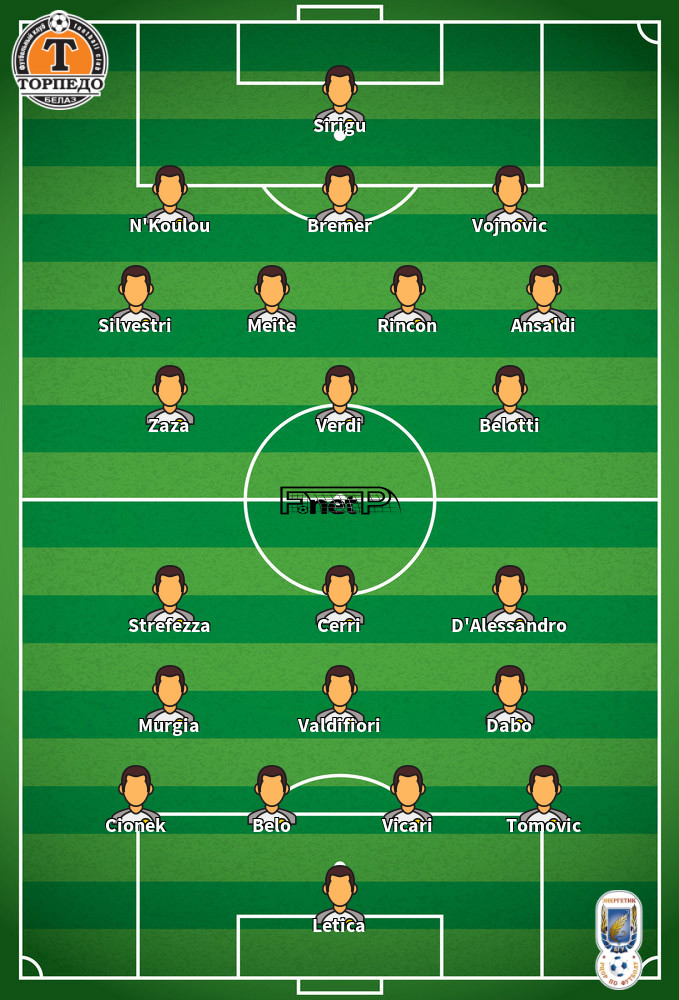 While we have made these predictions for Energetik-BGU Minsk v Torpedo-BelAZ for this match preview with the best of intentions, no profits are guaranteed. Always gamble responsibly, and with what you can afford to lose. Best of luck with your selections.