Return to this page a few days before the scheduled game when this expired prediction will be updated with our full preview and tips for the next match between these teams.
Full-Time Result Prediction
👉
Vicenza to Win

Vicenza are the guests at Stadio Comunale di Chiavari on Saturday for the Serie B tie with hosts Entella.

All Entella v Vicenza game predictions, stats and user poll are shown below - as well as up-to-date odds.

Entella prepare for this game following on from a 1-1 Serie B stalemate vs Pescara.

In that game, Entella had 38% possession and 9 attempts on goal with 2 of them on target. The only player on the scoresheet for Entella was Andrea Schenetti (29'). For their opponents, Pescara had 20 shots at goal with 8 on target. Nicola Rigoni (90') scored for Pescara.

Entella haven’t exactly had impressive attacking statistics in more recent games. Their goals record equals just 2 versus opponents over the course of their previous six outings. In those meetings, Entella have also seen the tally of goals that have gone against them total 11.

Taking a look at their past results, Entella:

After being defeated in their last game at the hands of Lecce in Serie B action, Vicenza and their travelling fans will hope for a better result here.

Domenico Di Carlo's Vicenza have seen their goal attempts be successful a total of 5 times in the course of their previous six matches. The aggregate of goals that have been scored against them during those matches adds up to 8.

Ahead of this clash, Vicenza have not won away from home in their last 3 matches in the league.

Looking over their past head to head meetings stretching back to 02/05/2015 tells us that Entella have won 3 of these and Vicenza 1, with the tally of drawn games standing at 2.

An aggregate of 18 goals were scored between the two sides in this period, with 12 of them from Entella and 6 being from Biancorossi. That’s an average goals per game figure of 3.

The previous league fixture between these sides was Serie B match day 16 on 30/12/2020 and the score finished Vicenza 0-1 Entella.

In that match, Vicenza had 61% possession and 17 attempts at goal with 4 on target.

On the other side, Entella got 7 shots on goal with 3 on target. Ilias Koutsoupias (60') scored.

Alessandro Capello (Hip Injury), Marco Chiosa (Knock) and Giuseppe De Luca (Adductor problems) will not be taking part for Entella boss Vincenzo Vivarini. Markus Pavic will not be able to play in this game through being suspended.

In an otherwise healthy squad, there is just a single fitness worry for the Vicenza gaffer Domenico Di Carlo to be concerned with. Davide Lanzafame (Muscle Injury) misses out for this game. The players ineligible for this match because of suspension are Luca Rigoni and Emanuele Padella.

We’re envisaging that Entella will have a tough ask to break down this Vicenza outfit who we think might score one, at least.

We therefore fancy a hard-fought 0-1 victory for Vicenza at the end of this game. 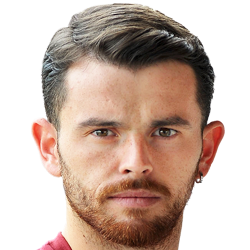 Usually deployed in the Striker position, Matteo Brunori was born in Macaè, Brazil. After having made a senior debut playing for Pescara in the 2019 - 2020 season, the accomplished Forward has contributed 3 league goals in this Serie B 2020 - 2021 campaign to date coming from a total of 30 appearances.

We have made these Entella v Vicenza predictions for this match preview with the best intentions, but no profits are guaranteed. Please always gamble responsibly, only with money that you can afford to lose. Good luck!