Erzgebirge Aue make the trip to Arena Regensburg on Sunday for the Bundesliga 2 meeting with home team Regensburg.

Our Regensburg v Erzgebirge Aue predictions, statistics and match poll can be seen below - along with the latest match odds.

Regensburg go into this match after a 1-1 Bundesliga 2 drawn result versus Würzburger Kickers.

Regensburg have been quite ineffective in attack in more recent games. Their ‘goals for’ figure equals just 4 vs opposition teams during the course of their last 6 matches. In those games, Regensburg have also seen the tally of goals that have gone against them total 6.

Erzgebirge Aue come into this meeting after a 2-0 Bundesliga 2 win to defeat SV Sandhausen in their last game.

In that match, Erzgebirge Aue had 43% possession and 15 attempts on goal with 5 on target. For Erzgebirge Aue, goals were scored by Florian Krüger (54') and Pascal Testroet (69'). SV Sandhausen got 16 shots at goal with 2 of them on target.

In 5 of the prior 6 clashes involving Erzgebirge Aue, a notably low volume of goals have been scored between them and opposing sides. The overall average number of goals per game during that period is just 2.17, with the average goals for Aue being 0.83. Having said that, we will just have to wait and see if the trend shall continue on in this next match or not.

Inspecting their most recent head-to-head meetings stretching back to 01/04/2018 shows us that Regensburg have won 1 of them and Erzgebirge Aue 4, with the tally of drawn results standing at 1.

A sum of 16 goals were scored between them throughout the course of those matches, with 6 of them for Regensburg and 10 created by Aue. This gives an average number of goals per game equal to 2.67.

The previous league game featuring these sides was Bundesliga 2 match day 10 on 06/12/2020 which ended up with the score at Erzgebirge Aue 0-2 Regensburg.

Here is a game where Erzgebirge Aue will need to apply a lot of pressure to breach the defence of this Regensburg team who we think might well manage to get a goal of their own in a winning performance.

We therefore think that it’s going to be a highly competitive game with a 1-0 winning margin for Regensburg when all is said and done. 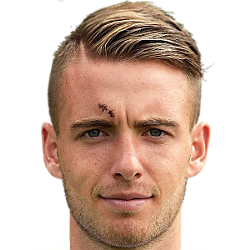 Mostly taking to the field in the Centre Midfield position, Max Besuschkow was born in Tübingen, Germany. After having made a senior debut playing for in the 2015 - 2016 season, the goalscoring Midfielder has struck 3 league goals in the Bundesliga 2 2020 - 2021 season so far from a total of 23 appearances.

While we have made these predictions for Regensburg v Erzgebirge Aue for this match preview with the best of intentions, no profits are guaranteed. Always gamble responsibly, and with what you can afford to lose.