Erzgebirge Aue will be hoping for a better result following a 2-0 Bundesliga 2 loss in their previous game against Heidenheim.

It has been a rare occasion in recent times where Erzgebirge Aue have managed to hold out for a full 90 minutes. The reality is that Aue have failed to prevent opponents from scoring in 5 of their previous 6 matches, giving up 12 goals on the way. Let’s see whether or not that trend can be sustained into this next match.

Analysis of their past results shows that Erzgebirge Aue:

VfL Bochum will come into the encounter following on from a 2-0 Bundesliga 2 win against Eintracht Braunschweig in their last outing.

For VfL Bochum, the goals were scored by Armel Bella-Kotchap (8') and Danilo Soares (32').

The numbers tell their own story, and VfL Bochum have been scored against in 5 of their last 6 matches, conceding 10 goals in total. At the back, Bochum seem to have a bit of a soft underbelly.

Heading into this fixture, VfL Bochum have not been beaten in their last 4 away league matches.

Inspecting their prior head-to-head meetings stretching back to 27/04/2018 shows that Erzgebirge Aue have won 1 of these and VfL Bochum 5, with the number of drawn matches standing at 0.

A combined sum of 18 goals were yielded between them in this period, with 6 from Aue and 12 netted by Bochum. That is an average goals per game value of 3.

The previous league game featuring the two was Bundesliga 2 match day 5 on 25/10/2020 when the final score was VfL Bochum 2-0 Erzgebirge Aue.

In an otherwise available group, there’s only the sole fitness worry for the VfL Bochum gaffer Thomas Reis to be concerned about. Vasilios Lampropoulos (Muscle Injury) won’t be playing here.

Erzgebirge Aue might well have a job on their hands to be putting a goal past this VfL Bochum outfit who we reckon should be able to get on the scoresheet themselves in a winning performance.

We’re going for a good tussle with a 0-1 victory for VfL Bochum at the end of the match. 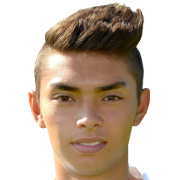 Mostly taking to the field in the Central Defensive Midfielder position, John-Patrick Strauß was born in Wetzlar, Germany. Having made a first senior appearance for Erzgebirge Aue in the 2017 - 2018 season, the gifted Midfielder has bagged 2 league goals in this Bundesliga 2 2020 - 2021 campaign so far in 19 appearances.

While we have made these predictions for Erzgebirge Aue v VfL Bochum for this match preview with the best of intentions, no profits are guaranteed. Always gamble responsibly, and with what you can afford to lose. Good luck!