Real Zaragoza enter this match coming off the back of a 2-2 La Liga 2 drawn result vs CD Lugo.

In their preceding 6 fixtures, Juan Martínez's Real Zaragoza have netted a total of 5 times, with that being an average number of goals scored per match equal to 0.83.

Espanyol go into this meeting following on from a 3-0 La Liga 2 win over Málaga in their most recent game.

Over the course of their previous half-dozen clashes, Espanyol have bagged a tally of 17 goals. Periquitos have also scored on each one of those occasions. During those fixtures, their defenders have had 2 goals go into their own net.

Their past results show that Espanyol:

A review of their most recent head-to-head clashes dating back to 15/05/2011 shows that Real Zaragoza have won 4 of these and Espanyol 1, with the number of drawn results standing at 1.

An aggregate of 11 goals were shared by the two clubs throughout the course of those matches, with 7 of them from Blanquillos and 4 netted by Periquitos. That’s an average goals per game of 1.83.

On the other side, Real Zaragoza got 9 shots on goal with 3 on target.

The match was refereed by Juan Luis Pulido Santana.

Owing to an otherwise available group, there’s only the sole fitness problem for the Espanyol gaffer Vicente Moreno to be concerned with. Miguelón (Knee Injury) misses out for this game.

When taking everything into account, Real Zaragoza might have a difficult job to find the net against this Espanyol lineup who we think will likely manage to get a goal of their own in a winning performance.

We’re therefore seeing a very even contest with a 0-1 win for Espanyol at the end of this one. 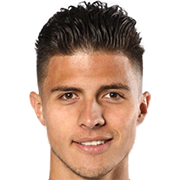 Customarily played in the Striker position, Juan José Narváez was born in Pasto, Colombia. After having made a senior debut playing for Real Madrid B in the 2013 - 2014 season, the talented Forward has scored a sum of 9 league goals in the LaLiga2 2020 - 2021 season so far in a total of 37 appearances.

We have made these Real Zaragoza v Espanyol predictions for this match preview with the best intentions, but no profits are guaranteed. Please always gamble responsibly, only with money that you can afford to lose. Best of luck.