To see all of our predictions, user poll & stats for Marseille v ESTAC, scroll down (plus the best game odds).

Marseille won’t want a repeat of their last result here after the 4-2 Europa League losing effort in their last game against Galatasaray.

In that game, Marseille had 59% possession and 14 attempts at goal with 10 of them on target. For Marseille, the goalscorers were Duje Ćaleta-Car (30' Own goal) and Arkadiusz Milik (68', 85'). At the other end, Galatasaray had 6 attempts on goal with 4 on target. Alexandru Cicâldău (12'), Sofiane Feghouli (64') and Ryan Babel (83') scored for Galatasaray.

Jorge Sampaoli's Marseille have found the net a sum total of 6 times over their past six outings. The comparative tally of goals that have been scored against them in those games is 7.

After tasting defeat last time out to St Etienne in Ligue 1 competition, ESTAC and their travelling fans will hope for a better result here.

In that match, ESTAC managed 47% possession and 15 shots on goal with 3 of them on target. On the other side, AS Saint-Etienne got 14 shots at goal with 4 on target. Miguel Trauco (60') scored for St Etienne.

Looking at their form, and ESTAC have been scored against in 5 of their last 6 games, seeing their opponents hit 10 goals overall. At the back, ESTAC certainly have room for improvement.

Going into this contest, ESTAC are winless against Marseille when they've played them away from home in the last 6 league games. They'll be keen to stop this run.

Inspecting their most recent head to head meetings going back to 21/10/2012 shows us that Marseille have won 4 of them and ESTAC 1, with the tally of drawn games standing at 1.

A combined total of 21 goals were shared by the two clubs in these games, with 15 of them from Les Olympiens and 6 being from Troyes. That’s an average goals per game of 3.5.

The referee was Sébastien Moreira.

The Marseille boss Jorge Sampaoli will be happy not to have any fitness concerns at all ahead of this game owing to a fully injury-free group available to select from.

Due to a fully healthy squad ready to go, the ESTAC boss Laurent Battles has no fitness concerns to speak of before this match.

It looks to us that Marseille will probably dominate on the ball and be rewarded with decent chances.

Conversely, ESTAC are also probably going to find it difficult to score themselves although we do think it’s probable that they will be hitting back at some stage.

Therefore, we are anticipating a 3-1 victory for Marseille at the end of the match. 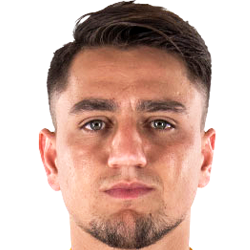 Generally played in the Right Wing position, Cengiz Ünder was born in Balikesir, Turkey. Having played his first senior match for Altınordu in the 2014 - 2015 season, the accomplished Forward has managed to score 4 league goals in this Ligue 1 2021 - 2022 season to date in a total of 11 appearances.

We have made these Marseille v ESTAC predictions for this match preview with the best intentions, but no profits are guaranteed. Please always gamble responsibly, only with money that you can afford to lose. We wish you the best of luck.