View all of the ESTAC v Nice predictions, poll and stats below - along with the latest match odds.

ESTAC will be hoping for a better result following a 2-0 Ligue 1 defeat in their last game at the hands of Nantes.

In that match, ESTAC managed 45% possession and 15 shots at goal with 4 of them on target. At the other end, FC Nantes had 8 attempts on goal with 4 on target. Andrei Girotto (58') and Ludovic Blas (69') scored for Nantes.

It’s been seldom in recent games where ESTAC have shown defensive steel. In fact, ESTAC have failed to prevent opponents from scoring in 5 of their previous 6 clashes, leaking 9 goals on the way.

Their prior results show that ESTAC:

Nice will go into the encounter after a 2-1 Ligue 1 win in the defeat of Brest in their previous outing.

A succession of reliable performances by the Nice defensive unit has resulted in their ‘goals against’ tally standing at 4 from their last 6 outings overall. In that period, the number of goals that they have scored themselves is 13. With no two games being the same, we must now wait to see if such a trend will be replicated in this game.

Coming into this clash, Nice haven't been defeated by ESTAC when having played them away from home in the previous 3 matches in the league.

Inspecting their past head-to-head meetings stretching back to 08/12/2012 tells us that ESTAC have won 1 of these and Nice 3, with the tally of draws standing at 2.

In all, 20 goals were yielded between them throughout the course of those matches, with 8 for Troyes and 12 netted by Les Aiglons. This gives an average number of goals per game equal to 3.33.

On that day, ESTAC had 36% possession and 11 attempts at goal with 3 on target.

There is just a single fitness concern for the ESTAC gaffer Laurent Battles to be concerned about due to a largely intact squad. Karim Azamoum (Cruciate Ligament Rupture) will miss out.

Owing to a fully healthy group to choose from, the Nice manager Christophe Galtier has no fitness concerns whatsoever before this game.

We’re envisaging that ESTAC will have to work hard as a team to hit the back of the net against this Nice team who we think will likely be able to get on the scoresheet themselves in a winning performance.

With that in mind, we reckon that it will be a very competitive game with a 0-1 advantage for Nice at full-time. 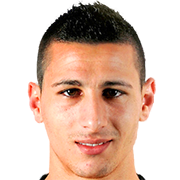 Generally played in the Striker position, Yoann Touzghar was born in Avignon, France. Having made a first senior appearance for Amiens SC in the 2011 - 2012 season, the skilful Forward has struck 2 league goals in the Ligue 1 2021 - 2022 season so far in 8 appearances.

We have made these ESTAC v Nice predictions for this match preview with the best intentions, but no profits are guaranteed. Please always gamble responsibly, only with money that you can afford to lose. Best of luck.