Scroll down for all of our predictions, poll and stats for the ESTAC v Pau FC game including the latest game odds.

ESTAC will be hoping to bounce back here after the 2-1 Ligue 2 losing effort in their last game against Sochaux.

The only name on the scoresheet from ESTAC was Pape Meïssa Ba (90'). Joseph Lopy (28') and Gaëtan Weissbeck (84') scored for Sochaux.

Their more recent scorelines show that things are going according to plan in the ESTAC defence. Troyes have been miserly, seeing the total number of goals that have gone in at their end during their past six matches standing at 4. We shall soon find out if that trend will be sustained in this game.

Heading into this fixture, ESTAC are undefeated in their previous 4 home league matches.

In their previous game, Pau FC drew 1-1 in the Ligue 2 tie with Rodez.

The stats don’t lie, and Pau FC have been scored against in 6 of their last 6 matches, conceding 14 goals in total. Defensively, Pau FC have not been doing too well.

There aren’t many personnel worries, with just the lone fitness concern for the ESTAC gaffer Laurent Battles to be concerned about due to a largely intact set of players. Stone Mambo (Unknown Injury) is sidelined.

From a largely full-strength group, there is just the one fitness problem for the Pau FC manager Didier Tholot to be concerned about. Steeve Beusnard (Cruciate Ligament Rupture) won’t be in action.

We envisage that Pau FC must be fancied to break down this ESTAC team, however that probably won’t quite prevent them from conceding a couple at the other end.

We’re predicting a close game with a 2-1 win for ESTAC after the 90. Definitely a tough call.

Both Teams to Score Prediction for ESTAC vs Pau FC
Yes 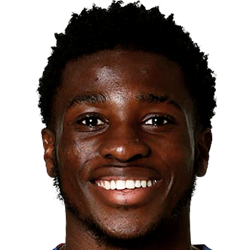 Typically taking to the field in the Left Wing position, Levi Lumeka was born in Beckton, England. After having made a senior debut playing for Crystal Palace in the 2017 - 2018 season, the goalscoring Forward has hit 2 league goals in the Ligue 2 2020 - 2021 season so far in a total of 2 appearances.

While we have made these predictions for ESTAC v Pau FC for this match preview with the best of intentions, no profits are guaranteed. Always gamble responsibly, and with what you can afford to lose. Good luck!