Eupen will do battle with visitors KAA Gent at Kehrwegstadion in this First Division A tie on Friday.

All of our predictions, stats and the user poll for Eupen v KAA Gent are shown below (inc. the best betting odds).

Eupen enter this match coming off the back of a 1-1 First Division A stalemate against Sint-Truidense VV.

The only player to score from Eupen was Julien Ngoy (13'). Yuma Suzuki (85') scored for Sint-Truidense VV.

It has not been often in recent games that Eupen have managed to hold out for a full 90 minutes. In fact, Pandas have failed to prevent opponents from scoring in 5 of their previous 6 games, giving up 8 goals in the process. We shall soon find out whether or not that trend can be continued on in this game.

Leading up to this clash, Eupen:

KAA Gent will go into the match following on from a 1-0 First Division A win with the defeat of KV Mechelen in their previous match.

The only player to score from KAA Gent was Anderson Niangbo (36').

The numbers tell their own story, and KAA Gent have been scored against in 5 of their last 6 games, letting opponents get 10 goals in total. At the back, De Buffalo's have not been doing too well.

Going into this game, the form guide shows that KAA Gent:

A review of their past head to head results going back to 24/10/2017 tells us that these fixtures have not been fruitful for Eupen. They’ve not been able to register any victories at all while KAA Gent have remained in the ascendancy, beating them in 83% of those games played.

There were also goals galore in those games, with 24 in all at an average of 4 goals per match.

The last league meeting between these sides was First Division A match day 26 on 14/02/2020 when it finished Eupen 2-3 KAA Gent.

Eupen manager Beñat San José will be happy not to have any fitness concerns whatsoever coming into this match thanks to a completely injury-free group available to choose from. Jonathan Heris will not be able to play in this game through being suspended.

Due to a fully healthy group available to choose from, KAA Gent manager Jess Thorup doesn’t have any fitness worries whatsoever coming into this clash.

Eupen will have a tough ask to get anything against this KAA Gent team who we think should be able to get on the scoresheet themselves in a winning performance.

We therefore fancy a good tussle with a 0-1 advantage for KAA Gent at the end of this game.

Over/Under 2.5 Goals Prediction for Eupen vs KAA Gent
Under 2.5 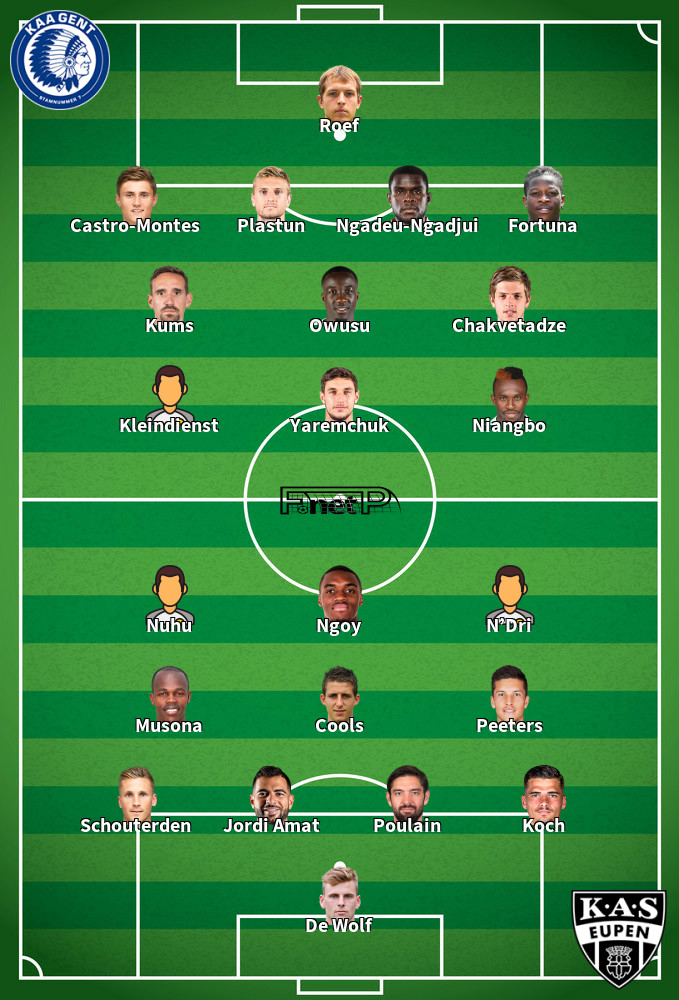 While we have made these predictions for Eupen v KAA Gent for this match preview with the best of intentions, no profits are guaranteed. Always gamble responsibly, and with what you can afford to lose. Good luck with your selections.