Return to this page a few days before the scheduled game when this expired prediction will be updated with our full preview and tips for the next match between these teams.
Full-Time Result Prediction
👉
Eupen to Win

Eupen play host to visiting team KV Kortrijk at Kehrwegstadion in the First Division A fixture on Saturday.

Eupen will be hoping for a better result after a 1-0 First Division A defeat in their last game at the hands of Standard Liège.

In that match, Eupen had 54% possession and 13 attempts at goal with 2 on target. The only player on the scoresheet for Eupen was Emmanuel Agbadou (45' Own goal). Standard Liège had 14 shots on goal with 4 of them on target.

Eupen have really struggled up front in more recent games. Their sum of goals stands at just 4 vs opposition teams over the course of their previous six fixtures. In those meetings, Eupen have also seen the tally of goals that have gone against them total 10.

Their past results show that Eupen:

In their previous game, KV Kortrijk drew 1-1 in the First Division A tie with RSC Anderlecht.

In that game, KV Kortrijk had 44% possession and 11 shots at goal with 5 on target. For KV Kortrijk, the scorers were Pape Habib Guèye (36') and Trent Sainsbury (51' Own goal). For their opponents, RSC Anderlecht got 21 attempts on goal with 4 of them on target.

Over the course of 6 of the past six clashes featuring KV Kortrijk, a relatively low number of goals have been hit between them and opposing sides. The overall average number of goals per game during that period comes to a mere 1.83, with the average goals for De Kerels standing at 0.83. That sort of pattern might not be carried forward here, though.

Inspecting their most recent head to head clashes dating back to 09/02/2019 shows that Eupen have won 2 of them & KV Kortrijk 3, with the tally of drawn games being 1.

An aggregate of 12 goals were shared by the two clubs in these games, with 6 from Pandas and 6 belonging to De Kerels. That’s an average goals per game figure of 2.

The previous league clash featuring these clubs was First Division A match day 31 on 20/03/2021 when it ended Eupen 2-0 KV Kortrijk.

For their opponents, KV Kortrijk got 8 attempts at goal with 0 of them on target.

The Eupen manager Stefan Krämer does not have any fitness concerns at all coming into this match owing to a fully injury-free group available to select from.

With a completely healthy squad available to choose from, the KV Kortrijk manager Karim Belhocine has zero fitness worries whatsoever before this clash.

In our view, KV Kortrijk will surely be able to break down this Eupen team, however it might not be enough to avoid defeat.

Our tip is for both teams to score in a 2-1 winning score for Eupen when the full-time whistle blows. Looking forward to this. 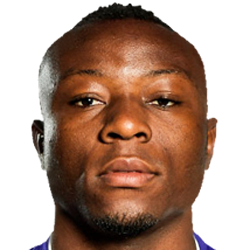 Mostly taking to the field in the Central Attacking Midfielder position, Edo Kayembe was born in DR Congo (Zaire). Having played his first senior match for RSC Anderlecht in the 2017 - 2018 season, the skilful Midfielder has hit 4 league goals in the First Division A 2021 - 2022 season so far coming from a total of 14 appearances.

While we have made these predictions for Eupen v KV Kortrijk for this match preview with the best of intentions, no profits are guaranteed. Always gamble responsibly, and with what you can afford to lose. Good luck if you do place a bet today.