Sint-Truidense VV will be at Kehrwegstadion on Saturday for the First Division A clash with hosts Eupen.

All of our predictions, stats and the user poll for Eupen v Sint-Truidense VV are shown below (inc. the best betting odds).

Eupen head into this game coming off the back of a 0-0 First Division A stalemate against KV Kortrijk.

It’s been all too rare in recent times where Eupen have kept a clean sheet. In fact, Pandas have been scored against in 5 of their previous 6 clashes, giving up 13 goals during that time. That being said, time will tell if that trend shall be replicated here in this game.

Going into this contest, Eupen have not won against Sint-Truidense VV in their previous 7 matches in the league.

In the game prior to this, Sint-Truidense VV drew 0-0 in the First Division A match with Oostende.

The strike force from Sint-Truidense VV have suffered from a shortage of goals over their previous 6 games, contributing the disappointing return of just 4. In those fixtures, De Kanaries have also seen the collective goal aggregate of opposing teams equal 11.

Taking a look at their past results, Sint-Truidense VV:

A review of their past head to head meetings stretching back to 10/11/2018 tells us that these encounters have not been good ones for Eupen. They’ve not managed to register any wins at all while Sint-Truidense VV have managed to find a way, beating them in 67% of those match-ups.

There were also goals galore in those games, with 25 overall which averages out at 4.17 goals per meeting.

There’s just the sole fitness concern for the Eupen manager Beñat San José to be concerned about thanks to an otherwise robust group. Leonardo Rocha (Knee Injury) won’t play.

Owing to an otherwise healthy group, there is just a single fitness issue for the Sint-Truidense VV manager Kevin Muscat to be concerned with. Steve De Ridder (Collarbone fracture) won’t be playing here.

Our assessment is that Sint-Truidense VV and Eupen could both find goals hard to come by here.

Let’s see how it plays out, but a draw with few scoring chances is looking likely to us. Our tip is therefore for a very close game with a 0-0 score at the end of this game.

Over/Under 2.5 Goals Prediction for Eupen vs Sint-Truidense VV
Under 2.5 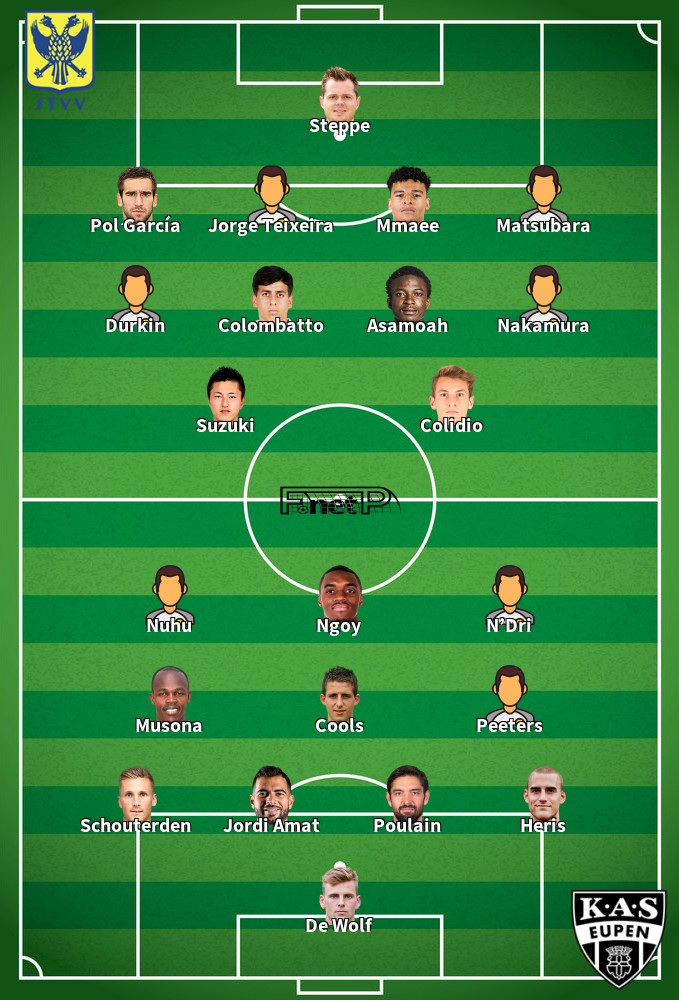 While we have made these predictions for Eupen v Sint-Truidense VV for this match preview with the best of intentions, no profits are guaranteed. Always gamble responsibly, and with what you can afford to lose. Best of luck with your selections.