Tottenham Hotspur will play in this fixture following a 1-1 Premier League drawn match vs Crystal Palace.

Their most recent results reveal that much respect should be given to the Tottenham Hotspur backline. Spurs have kept it tight, resulting in the number of goals that have gone in at their end during their last 6 games standing at 3. Historical results aside, we must now wait to see whether that pattern shall be replicated in this next match or not.

Following on from being defeated in their last game at the hands of Bournemouth in Premier League action, Everton and their travelling fans will hope for a better result here.

In that match, Everton managed 69% possession and 13 shots on goal with 5 on target. The only player on the scoresheet for Everton was Moise Kean (41'). At the other end, Bournemouth had 13 attempts at goal with 7 of them on target. Joshua King (13'), Dominic Solanke (45') and Junior Stanislas (80') scored for Bournemouth.

Looking at their form, and Everton have been scored against in 5 of their last 6 matches, seeing their opponents hit 9 goals in total. At the back, The Toffees have some weaknesses to address.

A study of past results between these clubs going back to 09/09/2017 shows that these encounters have not been happy ones for Everton. They have not been able to get themselves any wins whatsoever while Tottenham Hotspur have simply been better than them, beating them in 67 per cent of those ties.

The previous league match featuring the two was Premier League match day 33 on 06/07/2020 and the score finished Tottenham Hotspur 1-0 Everton.

On that day, Tottenham Hotspur managed 51% possession and 12 attempts at goal with 2 on target.

For their opponents, Everton had 11 attempts on goal with 3 on target. Michael Keane (24' Own goal) scored.

The referee was Graham Scott.

Our feeling is that Everton have the firepower to get a goal against this Tottenham Hotspur team, although it probably won’t be as many as they will have scored against them.

Our selection here is for a 2-1 winning score for Tottenham Hotspur after the 90. Looking forward to this.

Both Teams to Score Prediction for Tottenham Hotspur vs Everton
Yes 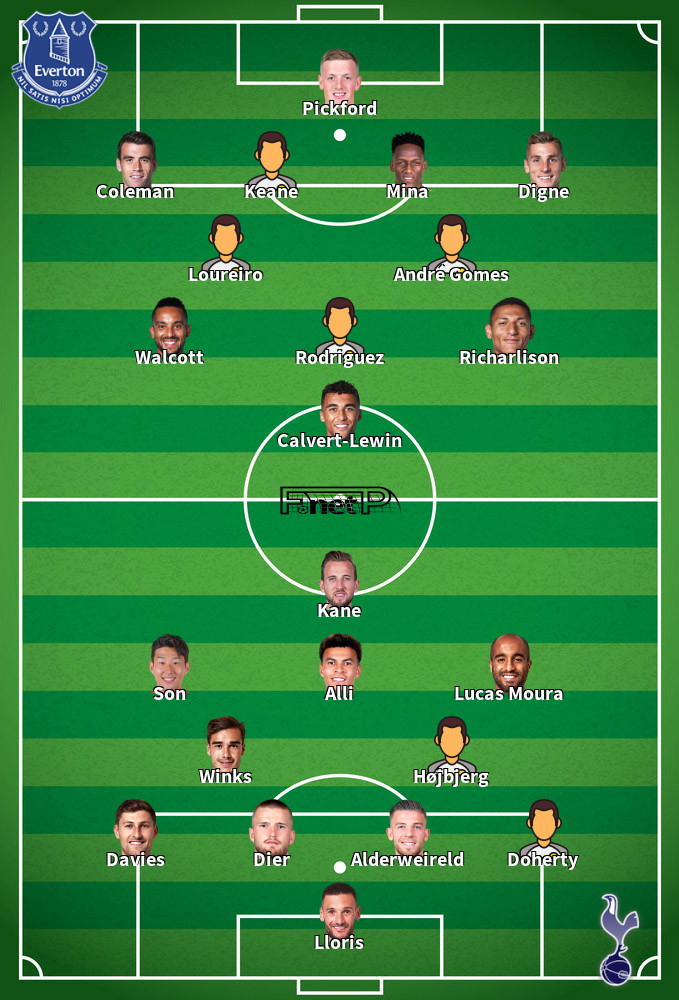 We have made these Tottenham Hotspur v Everton predictions for this match preview with the best intentions, but no profits are guaranteed. Please always gamble responsibly, only with money that you can afford to lose. Good luck!