Watford face off with guests Everton at Vicarage Road Stadium in this Premier League clash on Wednesday.

All Watford v Everton match predictions, user poll and stats are shown below - plus the latest betting odds.

Watford will be looking for an improved result here following the 1-0 Premier League defeat in their last game at the hands of Crystal Palace.

It has been seldom in recent times that Watford haven’t conceded. The facts show that Watford have seen their defence breached in 6 of their previous 6 matches, giving up 15 goals during that time.

Ahead of this meeting, Watford haven’t won at home in the past 8 matches in the league. Such a poor run.

Everton head into the meeting after a 1-2 Premier League win as they beat Leicester City in their previous match.

In that match, Everton managed 34% possession and 10 shots at goal with 4 on target. For Everton, goals were scored by Vitaliy Mykolenko (6') and Mason Holgate (30'). Leicester City got 16 shots on goal with 9 on target. Patson Daka (11') was the scorer for Leicester City.

Frank Lampard's Everton have seen their efforts on goal rewarded 7 times throughout their previous six matches. The overall goals that have been scored against them during the equivalent period comes to 7.

Coming into this clash, Everton haven’t won away from home in the past 4 matches in the league.

Checking on their past head-to-head clashes stretching back to 10/12/2018 tells us that Watford have won 2 of them & Everton 3, with the tally of drawn matches standing at 1.

An aggregate of 20 goals were shared by the two clubs in these games, with 10 for The Hornets and 10 created by The Toffees. The average number of goals per game works out to 3.33.

There aren’t many personnel worries, with just one fitness concern for the Watford gaffer Roy Hodgson to be concerned with from an otherwise fully-primed group. Nicolas N'Koulou (Hamstring Injury) is out of contention.

We’re of the view that Watford will really need to work well to hit the back of the net against this Everton lineup who will likely manage to get a goal of their own in a winning performance.

We’re therefore anticipating a 0-1 winning score for Everton when the full-time whistle blows. 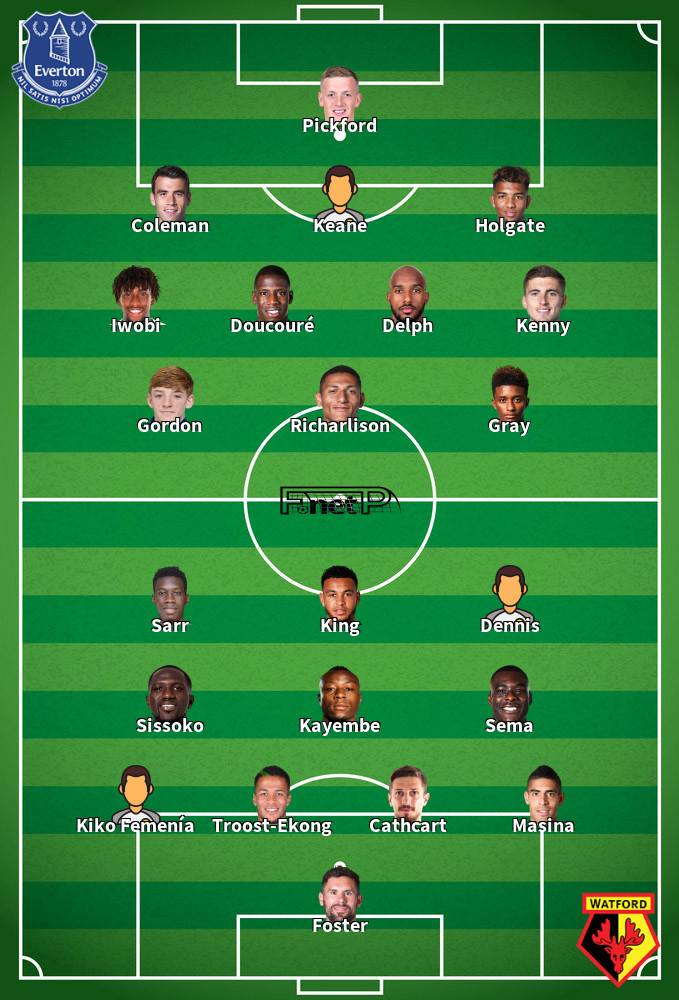 Generally playing in the Striker position, Emmanuel Dennis was born in Yola, Nigeria. After making a first senior appearance for Zorya Luhansk in the 2016 - 2017 season, the accomplished Forward has scored a sum of 10 league goals in this Premier League 2021 - 2022 season so far in a total of 32 appearances.

While we have made these predictions for Watford v Everton for this match preview with the best of intentions, no profits are guaranteed. Always gamble responsibly, and with what you can afford to lose. We wish you the best of luck.