Jong PSV arrive at Van Donge & De Roo Stadion on Friday for the Eerste Divisie fixture with home side Excelsior.

Excelsior will be looking to improve on their last outing here following the 0-3 Eerste Divisie loss in their previous game against Helmond Sport.

In that game, Excelsior managed 58% possession and 11 shots at goal with 6 on target. On the other side, Helmond Sport had 16 shots on goal with 8 on target. Dean van der Sluys (58'), Jordy Thomassen (86') and Arno Van Keilegom (89') scored for Helmond Sport.

It has been all too rare in recent games that Excelsior have managed to hold out for a full 90 minutes. The facts show that Roodzwarten have failed to prevent opponents from scoring in 5 of their previous 6 games, letting in 10 goals along the way.

Jong PSV come into this clash following on from a 3-0 Eerste Divisie win as they beat Jong AZ in their most recent match.

The stats tell the story, and Jong PSV have been scored against in 5 of their last 6 games, seeing opposing sides hit 7 goals in total. Defensively, Rood-witten have been far from perfect. Such a trend might not be carried forward here, of course.

The previous league match featuring these sides was Eerste Divisie match day 1 on 29/08/2020 and the score finished Jong PSV 1-6 Excelsior.

There aren’t many selection issues, with just the sole fitness concern for the Excelsior manager Marinus Dijkhuizen to be concerned with from an otherwise fully-primed group of players. Dylan Seys (Knock) misses out.

With a completely healthy squad available to select from, Jong PSV boss Peter Uneken has no fitness concerns whatsoever ahead of this match.

In our view, Excelsior should be able to create a good number of chances & successful shots on target.

Conversely, Jong PSV might well find it a difficult task to score a goal of their own - but, we do see them converting at least once here, too.

We therefore think that it’s going to be a comfortable 3-1 win for Excelsior at the end of this one. 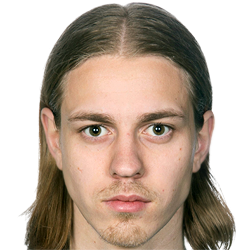 Customarily taking to the field in the Striker position, Elías Már Ómarsson was born in Keflavik, Iceland. After making a first senior appearance for Vålerenga in the 2015 season, the goalscoring Forward has managed to score 18 league goals in this Eerste Divisie 2020 - 2021 season to date from a total of 29 appearances.

We have made these Excelsior v Jong PSV predictions for this match preview with the best intentions, but no profits are guaranteed. Please always gamble responsibly, only with money that you can afford to lose.