FC Utrecht will be hoping to return to winning ways here following the 2-0 Eredivisie losing effort in their last game against FC Twente.

It has been all too rare in recent times where FC Utrecht have managed to hold out for a full 90 minutes. In fact, FC Utrecht have been scored against in 5 of their previous 6 matches, giving up 7 goals along the way. Nevertheless, we must now wait to see if the trend will be maintained in this next game.

Excelsior go into this match after a 2-0 Eredivisie win with the defeat of FC Volendam in their last outing.

The only name on the scoresheet from Excelsior was Marouan Azarkan (80'). Damon Mirani (18' Own goal) scored for FC Volendam.

In the course of their 6 latest matches, Marinus Dijkhuizen's Excelsior have converted 5 times thus yielding them a goals per game average of 0.83.

Coming into this contest, Excelsior haven’t won away from home in the past 8 league games. What a terrible run of away results.

Looking over their past head-to-head meetings going back to 04/04/2017 tells us that FC Utrecht have won 3 of these games and Excelsior 0, with the tally of draws being 3.

A combined total of 19 goals were scored between them in these games, with 12 of them for Utreg and 7 coming from Roodzwarten. The average goals per game has been 3.17.

The last league fixture featuring the two was Eredivisie match day 8 on 02/10/2022 when it ended Excelsior 0-1 FC Utrecht.

In this match, Excelsior must be fancied to find the net against this FC Utrecht team, although it might not be enough to avoid a loss.

Our tip is for a tight encounter finishing with a 2-1 winning score for FC Utrecht when the full-time whistle blows. Let’s see what happens here. 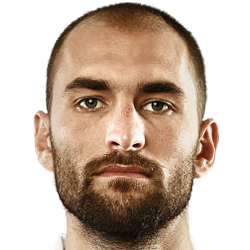 Mostly taking up the Striker position, Bas Dost was born in Coevorden, Netherlands. Having made a first senior appearance for FC Emmen in the 2007 - 2008 season, the accomplished Forward has bagged 6 league goals in the Eredivisie 2022 - 2023 campaign to date from a total of 15 appearances.

We have made these FC Utrecht v Excelsior predictions for this match preview with the best intentions, but no profits are guaranteed. Please always gamble responsibly, only with money that you can afford to lose. We wish you the best of luck.