Oldham Athletic will be the visitors at St James Park on Saturday for the League Two game with hosts Exeter City.

View all Exeter City v Oldham Athletic tips, stats and our pre-match poll below - along with the latest match odds.

Exeter City prepare for this fixture coming off the back of a 2-2 League Two drawn match versus Bradford City.

Exeter City haven’t had any problems with scoring, netting in each and every one of their last 6 matches.

They’ve totted up the amount of 11 during that time while also conceding a total of 7.

Their past results show that Exeter City:

Since suffering a loss in their previous game against Scunthorpe United in League Two competition, Oldham Athletic will be aiming to make amends here.

The stats tell the story, and Oldham Athletic have been scored against in 6 of their last 6 games, seeing their opponents hit 9 goals in total. At the back, The Latics just haven’t been too solid at all. With no two games being the same, time will tell whether the trend might continue on in this next match.

Looking over past results between these clubs going back to 01/10/2011 tells us that these fixtures have not been good ones for Oldham Athletic. They have not managed to get themselves any wins whatsoever whereas Exeter City have maintained the edge over them, running out winners in 67% of those games played.

14 goals were scored between them in this period, with 11 of them for The Grecians and 3 created by The Latics. That is an average goals per game value of 2.33.

The previous league fixture featuring these clubs was League Two match day 33 on 11/02/2020 which ended up with the score at Exeter City 5-1 Oldham Athletic.

Exeter City boss Matt Taylor doesn’t have any fitness worries to speak of ahead of this game owing to a fully injury-free group available to select from.

Due to a completely injury-free squad to choose from, Oldham Athletic boss Harry Kewell does not have any fitness worries to speak of before this game.

Looking at these two teams, we feel that Exeter City should get a couple of goals in this one when they play Oldham Athletic, who may well struggle getting goals.

We can therefore see a 2-0 win for Exeter City at full-time. 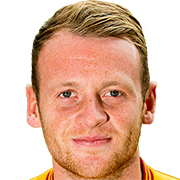 Customarily taking up the Centre Midfield position, Jake Taylor was born in Ascot, England. After having played his first senior match for Reading in the 2010 - 2011 season, the gifted Midfielder has scored 4 league goals in the League Two 2020 - 2021 season to date coming from a total of 12 appearances.

We have made these Exeter City v Oldham Athletic predictions for this match preview with the best intentions, but no profits are guaranteed. Please always gamble responsibly, only with money that you can afford to lose. Best of luck with your selections.