Full predictions, pre-match stats and user poll for Fagiano Okayama v Thespa Kusatsu are shown on this page - along with the latest match odds.

Fagiano Okayama will be hoping for a better result after a 0-1 J2 League loss in their previous game against Thespa Kusatsu.

It’s not been often in recent times that Fagiano Okayama have managed to hold out for a full 90 minutes. In fact, Fagiano Okayama have seen their defence breached in 5 of their previous 6 games, shipping 5 goals on the way. We shall soon find out if that trend will end up being sustained into this next match.

Going into this game, the form guide shows that Fagiano Okayama:

Throughout their 6 most recent matches, Tsuyoshi Otsuki's Thespa Kusatsu have turned their attacks into goals 6 times thus yielding them the goals per game average of 1.

Taking a look at their past results, Thespa Kusatsu:

Checking on their most recent head-to-head meetings going back to 26/03/2017 shows that Fagiano Okayama have won 2 of these games and Thespa Kusatsu 4, with the number of drawn games being 0.

A combined sum of 11 goals were produced between them in these games, with 4 from Okayama and 7 belonging to Gunma. This gives an average number of goals per game equal to 1.83.

The previous league match between the two was J2 League match day 23 on 18/07/2021 when it finished Fagiano Okayama 0-1 Thespa Kusatsu.

The match was refereed by Kazuyoshi Enomoto.

Availability isn’t a big problem, with just the lone fitness concern for the Fagiano Okayama manager Takashi Kiyama to contend with from of an almost fully healthy squad. Togo Umeda (Cruciate Ligament Rupture) is sidelined.

Thanks to a completely injury-free squad available to select from, the Thespa Kusatsu manager Tsuyoshi Otsuki has no fitness concerns to speak of before this game.

We’re inclined to think that Thespa Kusatsu have enough to find the back of the net against this Fagiano Okayama lineup, however it possibly won’t prevent them from conceding a couple at the other end.

We reckon that it will be a very close game with a 2-1 advantage for Fagiano Okayama at the end of this one. There looks to be little in this one. 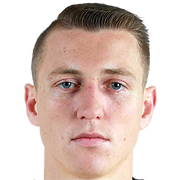 Usually used in the Striker position, Mitchell Duke was born in Liverpool, Australia. Having made his senior debut playing for Central Coast Mariners in the 2010 - 2011 season, the talented Forward has scored 3 league goals in this J2 League 2022 campaign so far from a total of 13 appearances.

We have made these Fagiano Okayama v Thespa Kusatsu predictions for this match preview with the best intentions, but no profits are guaranteed. Please always gamble responsibly, only with money that you can afford to lose.