Ventforet Kofu will arrive at City Light Stadium on Sunday for the J2 League meeting with home side Fagiano Okayama.

Our tips, poll and stats for Fagiano Okayama v Ventforet Kofu can all be found here - plus the latest match odds.

Fagiano Okayama will be hoping to bounce back here after the 0-1 J2 League loss in their previous game against Tokyo Verdy.

Under three goals per game were recorded in 6 of the last 6 fixtures where Fagiano Okayama have been involved. With regard to the goal distribution from this period, opposition teams scored a total of 5 and Okayama managed a tally of 2. Such a trend won’t necessarily be continued into this game, of course.

Coming into this fixture, Fagiano Okayama have not lost a league tie with Ventforet Kofu in their last 2 matches.

Ventforet Kofu will go into this match following a 2-0 J2 League win over V-Varen Nagasaki in their last outing.

The only name on the scoresheet from Ventforet Kofu was Jin Izumisawa (62').

Throughout their six most recent matches, Akira Ito's Ventforet Kofu have had reason to celebrate scoring a total of 10 times thus giving them the goals scored per game average of 1.67.

Coming into this meeting, Ventforet Kofu have not registered a win against Fagiano Okayama in games played away from home for the previous 3 league games.

If we look at their past head to head duels dating back to 24/06/2012, both clubs have shared the honours with Fagiano Okayama winning 2 of those games, Ventforet Kofu 2 and 2 being draws in normal time.

A total of 11 goals were produced between them during those clashes, with 5 of them from Okayama and 6 created by Kofu. This gives an average number of goals per game equal to 1.83.

The last league game featuring these clubs was J2 League match day 24 on 27/07/2019 when the final score was Ventforet Kofu 1-2 Fagiano Okayama.

We’ve got the feeling that Ventforet Kofu and Fagiano Okayama could find scoring goals difficult here.

At this stage, it appears to have the makings of a possible draw. With that in mind, we reckon that it will be a very competitive game with a 0-0 draw by the conclusion of this game.

Over/Under 2.5 Goals Prediction for Fagiano Okayama vs Ventforet Kofu
Under 2.5 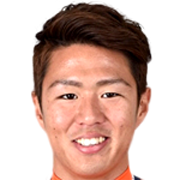 Normally taking to the field in the Striker position, Shintaro Shimizu was born in Saitama, Japan. After having played his first senior match for Ōmiya Ardija in the 2011 season, the dangerous Forward has scored a sum of 2 league goals in this J2 League 2020 season to date coming from a total of 16 appearances.

While we have made these predictions for Fagiano Okayama v Ventforet Kofu for this match preview with the best of intentions, no profits are guaranteed. Always gamble responsibly, and with what you can afford to lose. We wish you the best of luck.