Falkenberg head to Eleda Stadion on Sunday for the Allsvenskan clash with home team Malmö.

All Malmö v Falkenberg game predictions, stats and user poll are shown below (plus the best game odds).

Malmö head into this game following on from a 2-2 Allsvenskan tied result versus Mjällby AIF.

Malmö FF have been on a persistent run of goalscoring form, netting every time they’ve gone out to play in their last 6 matches.

They’ve managed to rack up 13 during that time while seeing the number of goals scored against them stand at 6.

Coming into this fixture, Malmö are unbeaten in their previous 12 league matches at home. They have been so resilient here.

In their last game, Falkenberg drew 1-1 in the Allsvenskan match with AIK.

In that match, Falkenbergs FF managed 56% possession and 16 attempts at goal with 5 on target. The only player to score for Falkenbergs FF was Karl Söderström (45'). On the other side, AIK got 12 shots on goal with 4 of them on target. Sebastian Larsson (23') scored for AIK.

Falkenbergs FF have regularly broken through opposing defences in their most recent fixtures, scoring 9 goals in their previous 6 matches. Having said that, Falkenberg have been somewhat leaky at the back, having also been scored against in 6 of those same matches. Such a trend won’t necessarily be continued into this match, however.

Coming into this fixture, Falkenbergs FF haven’t won away from home in the past 2 league games.

Looking over their past head to head results stretching back to 23/05/2016 reveals that these fixtures have not been kind to Falkenberg. They’ve not been able to get any victories at all while Malmö have managed to find a way, running out winners in 100% of those games where they have faced each other.

16 goals were produced between them throughout the course of those matches, with 15 for Himmelsblått and 1 being from Falkenberg. That’s an average goals per game of 2.67.

The previous league match featuring the two was Allsvenskan match day 14 on 09/08/2020 when the final score was Falkenbergs FF 0-1 Malmö FF.

On that day, Falkenbergs FF managed 60% possession and 13 attempts at goal with 2 of them on target.

For their opponents, Malmö FF got 18 shots at goal with 4 of them on target. Jo Inge Berget (10') scored.

Thanks to a completely healthy group available for selection, Falkenberg boss Hasse Eklund does not have any fitness concerns to report ahead of this clash.

In our opinion, Malmö will most probably be able to create a good number of chances & successful shots on target.

At the other end, Falkenberg won’t find it easy to break down their defence although we do reckon that they could well end up converting at least once.

Accordingly, we see a controlled 3-1 winning margin for Malmö at full-time.

Both Teams to Score Prediction for Malmö vs Falkenberg
Yes 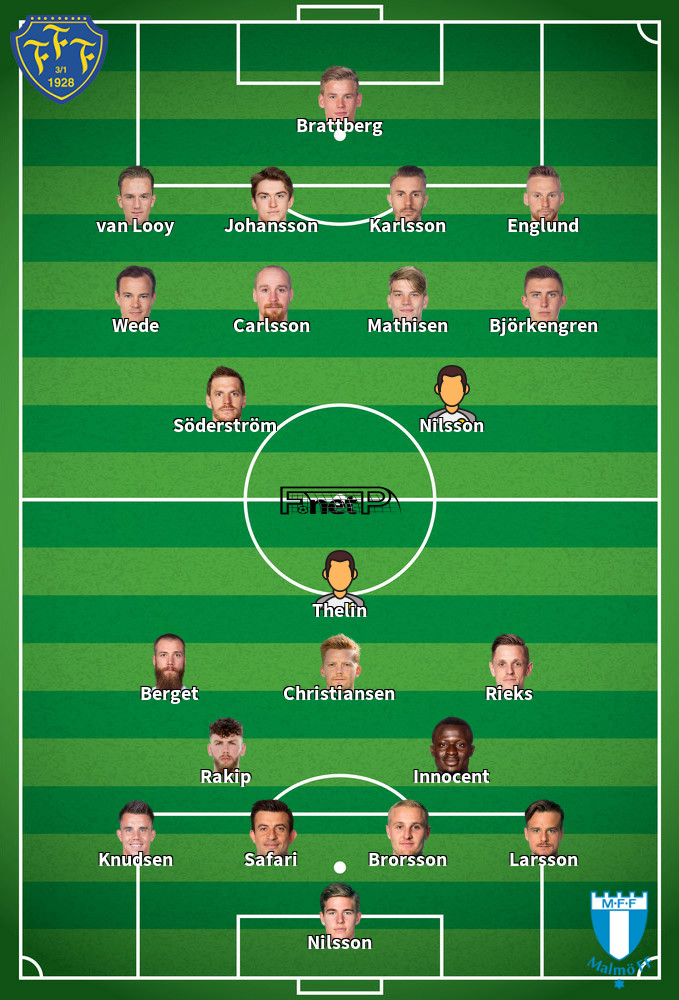 Typically playing in the Striker position, Isaac Kiese Thelin was born in Örebro, Sweden. After making a first senior appearance for IFK Norrköping in the 2012 season, the accomplished Forward has managed 8 league goals in this Allsvenskan 2020 campaign so far in 13 appearances.

While we have made these predictions for Malmö v Falkenberg for this match preview with the best of intentions, no profits are guaranteed. Always gamble responsibly, and with what you can afford to lose. Best of luck with your selections.