Our predictions, user poll and statistics for Famalicão v Rio Ave can be found here (inc. the best betting odds).

Famalicão will be hoping for a better result following the 4-1 Primeira Liga loss in their previous game against Porto.

Over their past six games, João Pedro Sousa's Famalicão have seen rewards for their attempts on goal a total of 8 times which gives them an average number of goals scored per match of 1.33.

Following on from tasting defeat last time out to Paços de Ferreira in Primeira Liga competition, Rio Ave and their fans will hope to get a better result this time.

The attacking players from Rio Ave have struggled for goals in their past six clashes, contributing the unsatisfactory return of only 3. In those fixtures, Rio Grande have also seen the collective goal aggregate of opposing teams equal 3.

The previous league game between these sides was Primeira Liga match day 20 on 21/02/2021 and the score finished Rio Ave 0-1 Famalicão.

On that occasion, Rio Ave managed 51% possession and 5 attempts on goal with 1 of them on target.

For their opponents, Famalicão got 8 attempts on goal with 5 of them on target. Manuel Ugarte (40') was the scorer.

The referee was Hugo Silva.

There is just the lone fitness concern for the Famalicão boss João Pedro Sousa to be concerned about due to a largely intact group of players. Puma (Ruptured knee ligament) is out of contention.

Our thinking is that Rio Ave will need to push hard to find the net against this Famalicão outfit who will likely win and very possibly keep a clean sheet.

We’re therefore expecting a hard-fought 1-0 win for Famalicão at the end of this one. 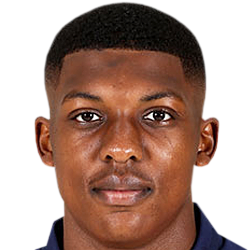 Usually taking up the Centre Midfield position, Zaydou Youssouf was born in Bordeaux, France. After having made a senior debut playing for Girondins de Bordeaux in the 2016 - 2017 season, the dangerous Midfielder has contributed 2 league goals in the Liga Portugal 2022 - 2023 season so far in a total of 15 appearances.

We have made these Famalicão v Rio Ave predictions for this match preview with the best intentions, but no profits are guaranteed. Please always gamble responsibly, only with money that you can afford to lose. Good luck if you do place a bet today.