Return to this page a few days before the scheduled game when this expired prediction will be updated with our full preview and tips for the next match between these teams.
Full-Time Result Prediction
👉
Farense to Win

Vitória Guimarães head to Estádio de São Luís on Thursday for the Primeira Liga showdown with home side Farense.

View all Farense v Vitória Guimarães tips, stats and our pre-match poll below - plus the latest betting odds.

Farense will play in this match following a 0-0 Primeira Liga draw vs Gil Vicente.

Farense haven’t exactly had impressive attacking statistics of late. Their ‘goals for’ figure stands at just 4 against opposing sides over the course of their last six fixtures. In those games, Farense have also seen the number of goals against them come to 5. That pattern isn’t assured to be continued into this next game, however.

Their prior results show that Farense:

Vitória Guimarães will go into the meeting following on from a 2-0 Primeira Liga win versus Moreirense in their previous game.

The forward players for Vitória Guimarães have suffered from a lack of goals over their previous six encounters, recording the poor return of just 4. In those fixtures, Os Vimaranenses have also seen the overall goal aggregate against them equal 7.

Looking at their past form shows that Vitória Guimarães:

A look at their past head-to-head clashes going back to 29/01/2000 shows us that Farense have won 1 of them and Vitória Guimarães 3, with the tally of drawn results being 2.

A total of 15 goals were yielded between them in these games, with 6 from Farense and 9 netted by Os Vimaranenses. That is an average goals per game value of 2.5.

The last league clash featuring these clubs was Primeira Liga match day 14 on 17/02/2021 and the score finished Vitória Guimarães 2-2 Farense.

That time, Vitória Guimarães managed 62% possession and 15 attempts at goal with 3 on target. The goalscorers were Pepelu (14') and Marcus Edwards (36').

On the other side, Farense got 7 shots on goal with 3 of them on target. Ryan Gauld (21') and Nikola Stojiljković (79') scored.

There’s just the lone fitness concern for the Farense boss Jorge Costa to be concerned about from an otherwise fully-primed squad. Rafael Defendi (Ankle Surgery) is out of contention.

We’re of the opinion that Vitória Guimarães might have a difficult job to hit the back of the net against this Farense team who will likely get the vital goal that wins it.

That’s why our selection here is for a 1-0 winning margin for Farense at the end of the 90. 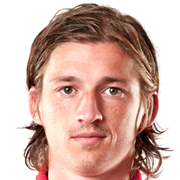 Normally taking to the field in the Central Attacking Midfielder position, Ryan Gauld was born in Aberdeen, Scotland. After having made a senior debut playing for Dundee United in the 2011 - 2012 season, the goalscoring Midfielder has scored 8 league goals in the Primeira Liga 2020 - 2021 campaign so far in 29 appearances.

We have made these Farense v Vitória Guimarães predictions for this match preview with the best intentions, but no profits are guaranteed. Please always gamble responsibly, only with money that you can afford to lose. Good luck with your selections.