Konyaspor will take to the pitch with visiting team Fatih Karagümrük at Konya Büyükşehir Stadium in this Super Lig clash on Sunday.

For all of our match predictions, pre-game poll and statistics for Konyaspor v Fatih Karagümrük, scroll down - plus the latest betting odds.

Konyaspor won’t want a repeat of their last result here following the 1-0 Super Lig defeat last time out to Galatasaray.

In their preceding six games, İlhan Palut's Konyaspor have seen rewards for their attempts on goal 5 times giving them an average number of goals per match equal to 0.83.

In their previous fixture, Fatih Karagümrük drew 2-2 in the Super Lig match with Antalyaspor.

For 5 of the prior six clashes involving Fatih Karagümrük, a notably low volume of goals have been struck between them and opposing teams. The overall average goals scored per game within that period comes out as just 1.83, with the number of goals averaged by Karagümrük being 0.83. Nonetheless, we will just have to wait and see whether the trend will be replicated here in this match.

Going into this encounter, Fatih Karagümrük haven’t won away from home in the past 6 league games.

The previous league game between these clubs was Super Lig match day 18 on 10/01/2021 and the score finished Fatih Karagümrük 2-1 Konyaspor.

The referee was Serkan Tokat.

We’re envisaging that Fatih Karagümrük could find themselves struggling to breach the defence of this Konyaspor side who will likely end up scoring and possibly keep a clean sheet as well.

We therefore see a hard-fought contest, finishing with a 1-0 win for Konyaspor at the end of the match. 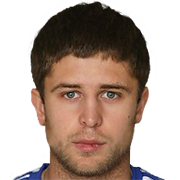 Generally taking to the field in the Striker position, Artem Kravets was born in Dniprodzerzhynsk, Ukraine. Having made his senior debut playing for Dynamo Kyiv in the 2008 - 2009 season, the accomplished Forward has struck 9 league goals in the Süper Lig 2020 - 2021 campaign to date in a total of 28 appearances.

We have made these Konyaspor v Fatih Karagümrük predictions for this match preview with the best intentions, but no profits are guaranteed. Please always gamble responsibly, only with money that you can afford to lose. Best of luck.