Hertha Berlin come up against away side Augsburg at Olympiastadion Berlin in the Bundesliga 1 clash on Saturday.

Our tips, poll and stats for Hertha Berlin v Augsburg can all be found here - plus the latest betting odds.

Hertha Berlin will be looking to improve on their last outing here following a 2-0 Bundesliga 1 defeat in their last game at the hands of Union Berlin.

Augsburg will go into this game after a 2-1 Bundesliga 1 win with the downing of Bayern Munich in their previous match.

In that match, Augsburg managed 21% possession and 5 shots on goal with 3 of them on target. For Augsburg, goals were scored by Mads Pedersen (23') and André Hahn (35'). At the other end, Bayern München got 18 shots at goal with 4 on target. Robert Lewandowski (38') scored for Bayern Munich.

The numbers tell their own story, and Augsburg have been scored against in 6 of their last 6 matches, seeing opposing sides hit 10 goals overall. At the back, Augsburg have clearly had some problems.

Coming into this meeting, Augsburg haven’t won away from home in the past 12 matches in the league. It's not a good run at all.

Inspecting their past head to head clashes dating back to 18/12/2018 shows us that Hertha Berlin have won 4 of them & Augsburg 1, with the number of drawn games being 1.

The last league match featuring the two was Bundesliga 1 match day 24 on 06/03/2021 and the score finished Hertha Berlin 2-1 Augsburg.

In that game, Hertha Berlin had 65% possession and 17 shots on goal with 7 on target. The goalscorers were Krzysztof Piątek (62') and Dodi Lukébakio (89').

Augsburg had 8 attempts at goal with 4 on target. László Bénes (2') scored.

The Hertha Berlin manager Pál Dárdai doesn’t have any fitness worries to speak of ahead of this game thanks to a fully healthy squad ready to go.

Thanks to a completely injury-free group to choose from, the Augsburg manager Markus Weinzierl does not have any fitness concerns to report coming into this match.

We’re thinking that Augsburg will need things to go their way to breach the defence of this Hertha Berlin team who will likely end up scoring and staying ahead.

That’s why our selection here is for a good battle with a 1-0 advantage for Hertha Berlin at the end of the 90. 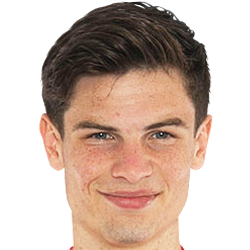 Generally played in the Centre Midfield position, Jurgen Ekkelenkamp was born in Zeist, Netherlands. Having made his senior debut playing for Jong Ajax in the 2017 - 2018 season, the dangerous Midfielder has managed 2 league goals in this Bundesliga 2021 - 2022 campaign so far in 8 appearances.

While we have made these predictions for Hertha Berlin v Augsburg for this match preview with the best of intentions, no profits are guaranteed. Always gamble responsibly, and with what you can afford to lose. Best of luck.