This Werder Bremen v Augsburg live stream video is set to be broadcast on 16/01/2021. Football fans can watch this clash on a live streaming service if this match is featured in the schedule referenced above. Here we give helpful information for watching this Bundesliga 1 game including the most recent team form, head to head clashes and our game tips.

To view the game via alternative methods, search for TV channel listings for your locality. Such broadcasting deals are typically distributed on a per-competition/league or even single game arrangement basis. For matches shown live on regional television programmes, check the listings on the likes of BT Sport, Amazon Prime Video, Sky Sports, Now TV, iTV, Canal+, Fox Soccer, ESPN depending on where you are.

When the abovementioned broadcaster is providing Werder Bremen v Augsburg soccer live streaming coverage, you can view it on your mobile (iPhone, Android including Tecno) and computer or tablet (eg iPad, Venturer).

Post-game, we may also link to highlights from time to time. We are not responsible for the transmission of any game video content linked to from here. All legal issues must be dealt with via the hosters/owners of the content.

Werder Bremen host away side Augsburg at Weserstadion in the Bundesliga 1 tie on Saturday.

Our tips, poll and stats for Werder Bremen v Augsburg can all be found here - as well as up-to-date odds.

Werder Bremen will play in this game following a 1-1 Bundesliga 1 stalemate against Bayer Leverkusen.

In their preceding six games, Florian Kohfeldt's Werder Bremen have celebrated scoring 6 times resulting in an average number of goals per match equal to 1.

Coming into this meeting, Werder Bremen haven’t won at home in the past 5 matches in the league. Things will have to change soon.

Following on from being defeated in their last game at the hands of Stuttgart in Bundesliga 1 action, Augsburg will be aiming to make amends here.

In that game, Augsburg had 43% possession and 12 attempts on goal with 3 on target. The scorer for Augsburg was Marco Richter (46'). For their opponents, VfB Stuttgart got 26 shots at goal with 10 of them on target. Nicólas González (10'), Silas Wamangituka (29'), Gonzalo Castro (61') and Daniel Didavi (87') scored for Stuttgart.

Heiko Herrlich's Augsburg have had reason to celebrate scoring a total of 5 times in the course of their previous six matches. The number of goals that have been scored against them during the equivalent period adds up to 11.

An examination of their prior head to head meetings going back to 29/10/2017 tells us that Werder Bremen have won 4 of them and Augsburg 2, with the tally of drawn results standing at 0.

There were also goals galore in those games, with 24 in total at an average of 4 goals per meeting.

The last league match featuring these clubs was Bundesliga 1 match day 20 on 01/02/2020 when it ended Augsburg 2-1 Werder Bremen.

On that occasion, Augsburg managed 50% possession and 14 attempts at goal with 4 of them on target. Goals were scored by Tin Jedvaj (23' Own goal), Florian Niederlechner (67') and Ruben Vargas (82').

At the other end, Werder Bremen had 7 shots at goal with 1 on target.

We’ve got the feeling that Augsburg may well find it hard to breach the defence of this Werder Bremen side who we think should score at least once to gain the upper hand.

We therefore think that it’s going to be a very competitive encounter with a 1-0 advantage for Werder Bremen when all is said and done. 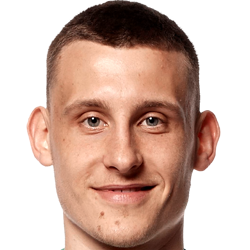 Normally used in the Centre Midfield position, Maximilian Eggestein was born in Hannover, Germany. After having played his first senior match for Werder Bremen in the 2014 - 2015 season, the goalscoring Midfielder has contributed 2 league goals in the Bundesliga 1 2020 - 2021 campaign so far in a total of 15 appearances.

We have made these Werder Bremen v Augsburg predictions for this match preview with the best intentions, but no profits are guaranteed. Please always gamble responsibly, only with money that you can afford to lose. Good luck if you do place a bet today.

⚽️ Where can I see the tips for other Bundesliga 1 matches?

You can see all of our next (and previous) Bundesliga 1 predictions & previews here.