Stuttgart are going up against visiting club Augsburg at Mercedes-Benz Arena in this Bundesliga 1 match on Friday.

Our Stuttgart v Augsburg predictions, statistics and match poll can be seen below (inc. the best betting odds).

Stuttgart will be hoping to return to winning ways here after a 2-0 Bundesliga 1 defeat last time out to RB Leipzig.

It’s been seldom in recent times that Stuttgart have managed to hold out for a full 90 minutes. In fact, Stuttgart have failed to prevent opponents from scoring in 5 of their previous 6 matches, letting in 14 goals on the way. We will just have to find out whether or not that trend can be sustained here.

Coming into this contest, Stuttgart are without a win at home for the past 2 league matches.

Following on from a losing effort in their last game against Cologne in Bundesliga 1 competition, Augsburg and their travelling fans will hope for a better result here.

The stats tell the story, and Augsburg have been scored against in 5 of their last 6 matches, seeing their opponents hit 9 goals overall. Defensively, Augsburg have clearly had some problems.

Their prior results show that Augsburg:

Looking over their prior head-to-head clashes dating back to 16/04/2016 shows that Stuttgart have won 3 of these & Augsburg 2, with the tally of draws standing at 1.

A combined sum of 14 goals were shared by the two clubs in this period, with 6 of them for Stuttgart and 8 coming from Augsburg. That’s an average goals per game figure of 2.33.

The previous league meeting featuring these sides was Bundesliga 1 match day 15 on 10/01/2021 when it finished Augsburg 1-4 Stuttgart.

In that match, Augsburg had 43% possession and 12 shots at goal with 3 on target. Their only player on the scoresheet was Marco Richter (46').

We feel that in this game, Augsburg will surely be able to find the net against this Stuttgart team, but it may not be as many as the goals that they could concede.

We’re expecting a very close game with a 2-1 winning margin for Stuttgart by the conclusion of the game. Expecting it to be very competitive. 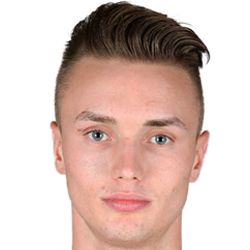 Mostly playing in the Striker position, Saša Kalajdžić was born in Austria. Having played his first senior match for FC Trenkwalder Admira in the 2017 - 2018 season, the gifted Forward has managed to score 14 league goals in the Bundesliga 1 2020 - 2021 season so far coming from a total of 30 appearances.

While we have made these predictions for Stuttgart v Augsburg for this match preview with the best of intentions, no profits are guaranteed. Always gamble responsibly, and with what you can afford to lose. Good luck with your selections.