FC Lausanne-Sport make the trip to St. Jakob-Park on Saturday for the Super League fixture with home side FC Basel 1893.

Scroll down for all of our predictions, poll and stats for the FC Basel 1893 v FC Lausanne-Sport game - as well as up-to-date odds.

FC Basel 1893 won’t want a repeat of their last result here after the 2-0 Super League defeat last time out to FC Zürich.

It’s been seldom in recent times that FC Basel 1893 have shown defensive steel. It will be a concern for them that Basel have been scored against in 6 of their previous 6 games, leaking 13 goals along the way. We will have to see whether or not that trend will end up being sustained into this next match.

FC Lausanne-Sport head into the meeting following a 3-1 Super League win to beat Servette FC in their most recent fixture.

The numbers tell their own story, and FC Lausanne-Sport have been scored against in 6 of their last 6 matches, letting opponents get 11 goals overall. In defence, Lausanne just haven’t been too solid at all.

Their past results show that FC Lausanne-Sport:

Delving into past results between these clubs going back to 02/12/2017 tells us that these encounters have not been kind to FC Lausanne-Sport. They’ve not managed to register any victories whatsoever while FC Basel 1893 have been dominant against them, running out winners in 83 per cent of those matches played.

Those games weren’t short on goals, either, with 22 in all which averages out at 3.67 goals per match.

The referee was Alessandro Dudic.

In our opinion, FC Lausanne-Sport certainly have the ability to breach the defence of this FC Basel 1893 team, although it realistically won’t be enough to prevent defeat.

We’re predicting a very close game with a 2-1 advantage for FC Basel 1893 by the conclusion of the game. Expecting it to be very competitive. 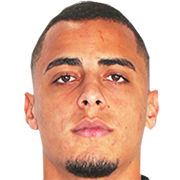 Typically taking up the Striker position, Arthur Cabral was born in Campina Grande, Brazil. After making a first senior appearance for Ceará in the 2018 season, the talented Forward has got 11 league goals in the Super League 2020 - 2021 campaign to date from a total of 18 appearances.

While we have made these predictions for FC Basel 1893 v FC Lausanne-Sport for this match preview with the best of intentions, no profits are guaranteed. Always gamble responsibly, and with what you can afford to lose. Best of luck.