View all FC Basel 1893 v Grasshopper Club Zürich tips, stats and our pre-match poll below - as well as up-to-date odds.

FC Basel 1893 will play in this game after a 0-0 Super League tied result versus FC Lausanne-Sport.

Guillermo Abascal's FC Basel 1893 have scored a sum total of 7 times in their preceding six outings. The comparative number of goals that they have conceded in that same time stands at 6.

Going into this contest, FC Basel 1893 are unbeaten in the league by Grasshopper Club Zürich in their previous 15 games. A very long unbeaten run against them.

After a loss in their previous game against FC Sion in Super League action, Grasshopper Club Zürich and their fans will hope to get a better result this time.

Taking a look at their past results, Grasshopper Club Zürich:

Checking on past results between these clubs stretching back to 27/10/2018 tells us that these fixtures have been miserable for Grasshopper Club Zürich. They’ve not been able to register any wins whatsoever whereas FC Basel 1893 have remained in the ascendancy, finishing as winners in 67 per cent of those games where they have faced each other.

A total of 20 goals were scored between them throughout the course of those matches, with 15 of them for Basel and 5 coming from GCZ. That’s an average goals per game figure of 3.33.

That day, Grasshopper Club Zürich had 47% possession and 15 attempts on goal with 5 on target. The scorers were Kaly Sène (24') and Hayao Kawabe (38').

The referee was Urs Schnyder.

In our view, FC Basel 1893 are likely to convert a lot of goal-scoring opportunities.

At the other end, Grasshopper Club Zürich will be up against it to get a goal of their own although we do reckon that they could well end up managing to get on the scoresheet as well here. 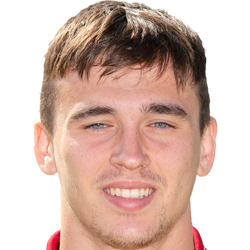 Normally taking to the field in the Left Wing position, Liam Millar was born in Toronto, Canada. After having played his first senior match for Kilmarnock in the 2018 - 2019 season, the dangerous Forward has managed 7 league goals in the Super League 2021 - 2022 campaign so far in 31 appearances.

While we have made these predictions for FC Basel 1893 v Grasshopper Club Zürich for this match preview with the best of intentions, no profits are guaranteed. Always gamble responsibly, and with what you can afford to lose. Best of luck.