The Servette FC v FC Basel 1893 live stream video is scheduled to be broadcast on 16/05/2022. Soccer fans can watch the match on a live streaming service if this match is included in the schedule mentioned above. Here we provide you with useful information for watching this Super League match that includes the most recent team form, head to head clashes and our game tips.

In order to view this game using alternative sources, look up tv listings for your country. These broadcasting deals are generally distributed on a per-competition/league or even per-game basis. For games shown live on regional television programmes, check the schedules on channels including BT Sport, Amazon Prime Video, Sky Sports, Now TV, iTV, Canal+, Fox Soccer, ESPN that are relevant for your location.

When the abovementioned broadcaster has the rights to the Servette FC v FC Basel 1893 football live streaming coverage, you can view it on a mobile (iPhone, Android including Huawei) and PC as well as tablet (eg iPad, Samsung Galaxy Tab).

After the match finishes, we may also link to the match highlights from time to time. We are not responsible for transmitting any game video content linked to from this site. All legal issues must be done by contacting the hosters/owners of this content.

All of our predictions, stats and the user poll for Servette FC v FC Basel 1893 are shown below - along with the latest match odds.

Servette FC go into this fixture following on from a 2-2 Super League drawn result versus Lugano.

It has been a rare occasion in recent games where Servette FC have shown defensive steel. The reality is that Servette FC have been scored against in 5 of their previous 6 matches, giving up 12 goals in the process.

Analysis of their past results shows that Servette FC:

In their previous game, FC Basel 1893 drew 1-1 in the Super League tie with Grasshopper Club Zürich.

Guillermo Abascal's FC Basel 1893 have slotted home a total of 6 times throughout their latest 6 matches. The number of goals that they have conceded during those matches equals 5.

A total of 21 goals were scored between them in this period, with 5 of them from Les Grenats and 16 coming from Basel. That’s an average goals per game of 3.5.

On the other side, Servette FC got 9 attempts on goal with 4 of them on target.

We’re of the view that Servette FC have it in them to find the back of the net against this FC Basel 1893 team, although one goal may not be as many as they’ll concede. 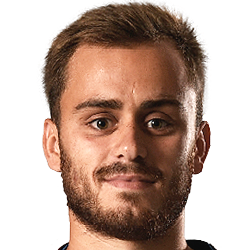 Typically deployed in the Centre Midfield position, Timothé Cognat was born in Arnas, France. After having made a senior debut playing for Servette FC in the 2018 - 2019 season, the gifted Midfielder has hit 5 league goals in this Super League 2021 - 2022 campaign so far in a total of 28 appearances.

While we have made these predictions for Servette FC v FC Basel 1893 for this match preview with the best of intentions, no profits are guaranteed. Always gamble responsibly, and with what you can afford to lose. Best of luck.

⚽️ Where can I find the predictions for other Super League matches?

You can see all of our next (and previous) Super League predictions & previews here.