St Gallen haven’t had any problems with scoring, netting in each and every one of their last 6 matches.

They’ve managed to rack up 18 during that period and have conceded a total of 13. That sort of trend won’t necessarily be sustained into this game, however.

FC Basel 1893 will go into the encounter following a 0-3 Swiss Cup win vs Rorschach-Goldach 17 in their last match.

Patrick Rahmen's FC Basel 1893 have found the back of the net 8 times throughout their previous 6 matches. The aggregate of goals that they have conceded during those matches adds up to 7.

Looking at their past form shows that FC Basel 1893:

A sum of 17 goals were scored between them in this period, with 6 of them from Espen and 11 coming from Basel. The average number of goals per game works out to 2.83.

For their opponents, St Gallen had 10 shots on goal with 0 on target.

The match was refereed by Sandro Schärer.

The St Gallen manager Peter Zeidler will be grateful to have no fitness concerns to speak of coming into this game owing to a fully healthy squad ready to go.

We envisage that St Gallen will likely create enough chances to score a goal against this FC Basel 1893 outfit, although just one goal probably won’t quite be as many as they will have scored against them.

We’re therefore tipping a close game with a 1-2 victory for FC Basel 1893 at the end of the match. Let’s wait and see how it plays out. 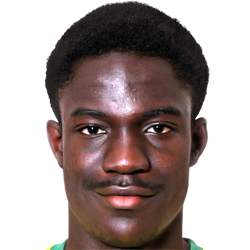 Mostly used in the Striker position, Élie Youan was born in Nantes, France. Having made a first senior appearance for Nantes in the 2018 - 2019 season, the accomplished Forward has scored a sum of 3 league goals in the Super League 2021 - 2022 campaign so far in a total of 5 appearances.

While we have made these predictions for St Gallen v FC Basel 1893 for this match preview with the best of intentions, no profits are guaranteed. Always gamble responsibly, and with what you can afford to lose.