FC Blau-Weiss Linz come up against the visiting SV Horn at Hofmann Personal Stadion in this 2. Liga clash on Friday.

FC Blau-Weiss Linz, who won their previous game, will hope for a similar result following the 4-0 ÖFB Cup triumph versus TWL Elektra.

Ronald Brunmayr's FC Blau-Weiss Linz have celebrated scoring a sum total of 9 times in their last 6 outings. At the other end, the number of goals that have been scored against them in those games amounts to 6.

After suffering a loss in their previous game against KSV 1919 in 2. Liga competition, SV Horn will be hoping to turn things around here.

SV Horn have been effective going forward of late, scoring 9 goals in their last 6 matches. Having said that, SV Horn have had their own issues at the back, also conceding in 6 of those same games.

An examination of their prior head to head clashes going back to 19/10/2018 shows that FC Blau-Weiss Linz have won 3 of them & SV Horn 2, with the tally of drawn games standing at 1.

A lot of goals were also scored during this period, 23 in all at an average of 3.83 goals per meeting.

In that match, SV Horn had 45% possession and 3 attempts on goal with 1 on target.

On the other side, FC Blau-Weiss Linz got 11 attempts at goal with 4 on target. Aleksandar Kostić (15'), Nicolas Wimmer (55' Own goal) and Stefano Surdanovic (82') scored.

The match was refereed by Emil Ristokov.

Our feeling is that FC Blau-Weiss Linz can and should dominate possession and create several successful chances.

Conversely, SV Horn might well find it a difficult task getting goals but we do think it’s quite likely that they will be getting the chances to score, too.

Accordingly, we see a pretty comfortable 3-1 victory for FC Blau-Weiss Linz when all’s said and done. 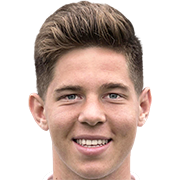 Generally taking up the Central Defensive Midfielder position, Michael Brandner was born in Austria. Having played his first senior match for FC Liefering in the 2013 - 2014 season, the goalscoring Midfielder has netted 2 league goals in the 2. Liga 2021 - 2022 season so far from a total of 8 appearances.

We have made these FC Blau-Weiss Linz v SV Horn predictions for this match preview with the best intentions, but no profits are guaranteed. Please always gamble responsibly, only with money that you can afford to lose. Best of luck with your selections.