SV Lafnitz arrive at Hofmann Personal Stadion on Friday for the 2. Liga fixture with home side FC Blau-Weiss Linz.

For all of our match predictions, pre-game poll and statistics for FC Blau-Weiss Linz v SV Lafnitz, scroll down (plus the best game odds).

FC Blau-Weiss Linz will be looking for a repeat result of a 2-0 2. Liga triumph vs Floridsdorfer AC.

Matches involving FC Blau-Weiss Linz have proved to be entertaining ones recently with high scoring being a common characteristic. Over their past six games alone, the sum total of 24 goals have flown in for both teams combined (at an average of 4 goals per game) with 21 of these being chalked up by BW Linz. It will be interesting to find out if that trend will end up being continued on in this game.

Following on from a loss in their previous game against Austria Wien Amateure in 2. Liga competition, SV Lafnitz and their travelling supporters will be hoping that they can get a better result in this one.

Showing their appetite for action-packed encounters, goals have been seen as many as 21 times in the previous six matches in which SV Lafnitz have sent out their troops, yielding an average of 3.5 goals each meeting. Their opponents have managed 7 of these goals.

It’s a low absenteeism rate, with just the sole fitness concern for the FC Blau-Weiss Linz gaffer Ronald Brunmayr to be concerned about thanks to an otherwise robust group of players. Fabio Strauss (Double Torn Ligament) is sidelined.

Due to a completely healthy squad ready to go, SV Lafnitz manager Philipp Semlic has zero fitness concerns at all ahead of this clash.

In this game, SV Lafnitz have the capability to break down this FC Blau-Weiss Linz outfit, however that possibly won’t prevent them from conceding a couple at the other end.

Our tip is for a very close game with a 2-1 winning margin for FC Blau-Weiss Linz at full-time. Let’s just see how this one goes. 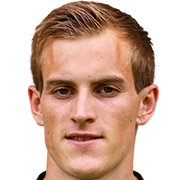 Normally taking up the Striker position, Fabian Schubert was born in Eisenkappel, Austria. After making a first senior appearance for SV Ried in the 2015 - 2016 season, the gifted Forward has scored 31 league goals in this 2. Liga 2020 - 2021 season so far from a total of 25 appearances.

While we have made these predictions for FC Blau-Weiss Linz v SV Lafnitz for this match preview with the best of intentions, no profits are guaranteed. Always gamble responsibly, and with what you can afford to lose. We wish you the best of luck.