Scroll down for all of our predictions, poll and stats for the Unterhaching v FC Carl Zeiss Jena game (inc. the best betting odds).

Unterhaching won’t want a repeat of their last result here after the 3-0 3rd Liga defeat in their last game at the hands of 1860 Munich.

Unterhaching have struggled with their forward play of late. Their goals record stands at just 4 vs opposition teams during their previous six outings. In those meetings, Haching have also seen the tally of goals against them total 12. We shall soon see whether or not that trend can be continued on here.

Going into this game, the form guide shows that Unterhaching:

Since being beaten in their last game against Bayern Munich II in 3rd Liga competition, FC Carl Zeiss Jena will be aiming to make amends here.

A spate of fairly underwhelming displays from the FC Carl Zeiss Jena defence has resulted in a total of 18 goals being scored against them in only their past six outings. They definitely need to see an improvement in this unwelcome component of their game.

Heading into this contest, FC Carl Zeiss Jena haven’t won away from home in the past 9 league games. Very poor, indeed.

Checking out their prior head to head duels going back to 22/02/2012, there is nothing to separate the two clubs with Unterhaching winning 3 of those games, FC Carl Zeiss Jena 3 and 0 being drawn after 90 minutes of play.

CZ Jena boss René Klingbeil has a number of players out of action. Niklas Jahn (Foot Injury), Matthias Kühne (Back trouble) and Manuel Maranda (Fitness) will not be playing here.

When taking all factors into account, Unterhaching certainly have the ability to be able to score a couple when they line up against FC Carl Zeiss Jena, who will be up against it to break down their defence.

Accordingly, we see a controlled 2-0 margin for Unterhaching after 90 minutes. 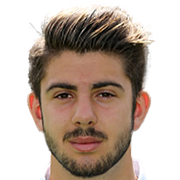 Generally deployed in the Right Attacking Midfielder position, Moritz Heinrich was born in Germany. Having played his first senior match for Preußen Münster in the 2017 - 2018 season, the goalscoring Midfielder has scored a sum of 7 league goals in the 3. Liga 2019 - 2020 campaign so far coming from a total of 31 appearances.

We have made these Unterhaching v FC Carl Zeiss Jena predictions for this match preview with the best intentions, but no profits are guaranteed. Please always gamble responsibly, only with money that you can afford to lose. Good luck with your selections.