FC Cartagena meet the visiting Ibiza at Estadio Cartagonova in the La Liga 2 fixture on Sunday.

Scroll down for all of our predictions, poll and stats for the FC Cartagena v Ibiza game - plus the latest betting odds.

FC Cartagena will be hoping to return to winning ways here after a 4-1 La Liga 2 defeat in their last game at the hands of UD Las Palmas.

Luis Carrión's FC Cartagena have seen rewards for their attempts on goal a sum total of 6 times in their preceding 6 outings. The corresponding tally of goals that have been scored against them in those games is 9.

After a losing effort in their last game against Eibar in La Liga 2 competition, Ibiza and their travelling supporters will be hoping that they can get a better result in this one.

Looking at their form, and Ibiza have been scored against in 5 of their last 6 games, seeing their opponents hit 7 goals in total. At the back, Ibiza have clearly had some problems.

Coming into this contest, Ibiza haven’t won away from home in the past 2 league games.

The FC Cartagena manager Luis Carrión will be happy not to have any fitness concerns to speak of before this clash thanks to a fully healthy squad ready to go.

Owing to a fully healthy squad available for selection, the Ibiza manager Juan Carcedo has zero fitness worries whatsoever ahead of this match.

Our feeling is that Ibiza will really need to work well to find the net against this FC Cartagena lineup who will likely score at least once to gain the upper hand.

We’re therefore tipping a very even match with a 1-0 winning score for FC Cartagena after 90 minutes. 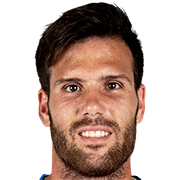 Usually deployed in the Striker position, Alfredo Ortuño was born in Yecla, Spain. After having made a senior debut playing for Albacete in the 2008 - 2009 season, the gifted Forward has accumulated 2 league goals in the LaLiga2 2021 - 2022 season to date in a total of 8 appearances.

We have made these FC Cartagena v Ibiza predictions for this match preview with the best intentions, but no profits are guaranteed. Please always gamble responsibly, only with money that you can afford to lose. Good luck with your selections.