FC Cartagena will be visiting Estadio José Zorrilla on Saturday for the La Liga 2 showdown with home team Real Valladolid.

Our tips, poll and stats for Real Valladolid v FC Cartagena can all be found here - along with the latest match odds.

Real Valladolid will be looking for an improved result here following a 3-1 La Liga 2 loss in their previous game against UD Almería.

Matches featuring Real Valladolid have tended to be lively affairs of late with high scoring being a common characteristic. Over their past 6 games alone, a grand total of 21 goals have been recorded for both sides combined (at an average of 3.5 goals per game) with 12 of these accredited to Real Valladolid. Let’s find out if that trend will end up being continued on in this game.

FC Cartagena head into the game after a 1-0 La Liga 2 win against Burgos in their most recent outing.

Coming into this meeting, FC Cartagena have not won away from home in their last 3 league matches.

The previous league fixture featuring the two was La Liga 2 match day 36 on 28/04/2012 when the final score was Real Valladolid 2-1 FC Cartagena.

The match was refereed by David Miranda Torres.

The Real Valladolid manager José Pacheta will be happy not to have any fitness worries at all ahead of this game thanks to a completely healthy squad to choose from.

With a fully injury-free group to pick from, the FC Cartagena boss Luis Carrión has zero fitness concerns to speak of coming into this game.

For this match, we think that Real Valladolid certainly have the ability to create enough chances to score more than one against FC Cartagena, who won’t find it easy to score.

We’re predicting a pretty comfortable 2-0 winning score for Real Valladolid by the time that the referee blows the final whistle. 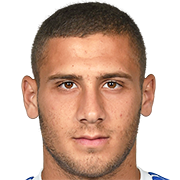 Customarily taking to the field in the Striker position, Shon Weissman was born in Haifa, Israel. After making a first senior appearance for Maccabi Haifa in the 2013 - 2014 season, the talented Forward has accumulated 7 league goals in the LaLiga2 2021 - 2022 campaign to date from a total of 14 appearances.

We have made these Real Valladolid v FC Cartagena predictions for this match preview with the best intentions, but no profits are guaranteed. Please always gamble responsibly, only with money that you can afford to lose. Good luck if you do place a bet today.