Return to this page a few days before the scheduled game when this expired prediction will be updated with our full preview and tips for the next match between these teams.
Full-Time Result Prediction
👉
Inter Miami to Win

Our full set of predictions, statistics and match poll for Inter Miami v FC Cincinatti can be seen below (inc. the best betting odds).

Inter Miami will be looking for an improved result here following a 2-0 MLS loss in their previous game against New York City FC.

Last time out, FC Cincinatti drew 1-1 in the MLS tie with Nashville.

The stats don’t lie, and FC Cincinatti have been scored against in 6 of their last 6 games, with opponents netting 12 goals overall. Defensively, FC Cincinatti seem to have a bit of a soft underbelly. That aside, time will tell whether that trend will be maintained in this next match.

The last league clash between these clubs was MLS match day 5 on 19/03/2022 which finished with the scoreline of FC Cincinatti 3-1 Inter Miami.

On the other side, Inter Miami had 13 shots on goal with 2 of them on target. Gonzalo Higuaín (30') was the scorer.

The referee was Ismir Pekmic.

Availability isn’t a big problem, with just the lone fitness concern for the Inter Miami gaffer Phil Neville to be concerned about from an otherwise fully-primed set of players. Ian Fray (Cruciate Ligament Injury) is sidelined.

In all likelihood, The Herons could opt for a 3-4-2-1 formation for this game, beginning the first half with Drake Callender, Damion Lowe, Christopher Mcvey, Ryan Sailor, DeAndre Yedlin, Jean Mota, Gregore, Kieran Gibbs, Alejandro Pozuelo, Indiana Vassilev and Gonzalo Higuain.

With a fully healthy squad to pick from, the FC Cincinatti manager Pat Noonan does not have any fitness worries whatsoever before this game.

We’re thinking that FC Cincinatti will really need to work well to put one past this Inter Miami team who we think might well just have the edge.

That’s why our selection here is for a 1-0 victory for Inter Miami at the end of the match. 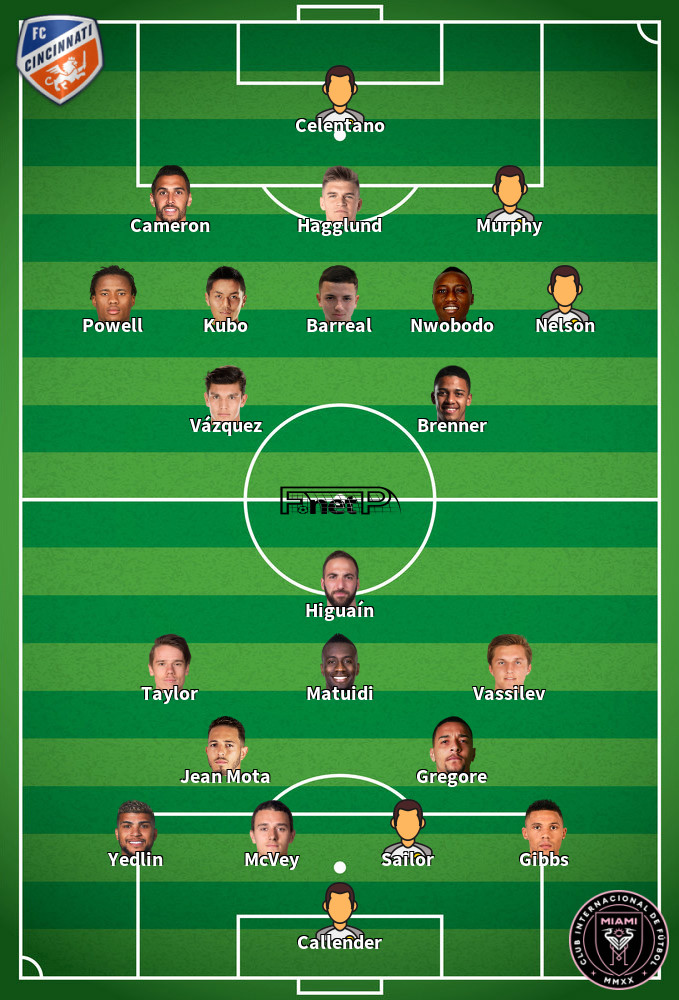 While we have made these predictions for Inter Miami v FC Cincinatti for this match preview with the best of intentions, no profits are guaranteed. Always gamble responsibly, and with what you can afford to lose. Good luck with your selections.