Return to this page a few days before the scheduled game when this expired prediction will be updated with our full preview and tips for the next match between these teams.
Full-Time Result Prediction
👉
Minnesota United to Win

Minnesota United are in action against FC Cincinatti in Sunday’s upcoming MLS meeting.

To see all of our predictions, user poll & stats for Minnesota United v FC Cincinatti, scroll down (plus the best game odds).

Minnesota United won’t want a repeat of their last result here after a 2-0 MLS losing effort in their last game against Los Angeles FC.

In that match, Minnesota United managed 46% possession and 8 attempts at goal with 1 on target. For their opponents, Los Angeles FC got 23 attempts on goal with 6 on target. Ryan Hollingshead (82') and José Cifuentes (90') scored for Los Angeles FC.

Adrian Heath's Minnesota United have found the net 9 times over their preceding half-dozen outings. The corresponding tally of goals that they have conceded in those fixtures is 6.

FC Cincinatti come into this match after a 2-0 MLS win over Toronto FC in their most recent outing.

Pat Noonan's FC Cincinatti have managed to stick the ball in the net a total of 9 times in the course of their previous 6 matches. The total of goals that have been scored against them during those same clashes adds up to 7.

The last league contest featuring the two was MLS match day 20 on 24/10/2020 which ended up with the score at FC Cincinatti 0-1 Minnesota United.

The match was refereed by Malik Badawi.

With a completely injury-free squad available to select from, the FC Cincinatti manager Pat Noonan does not have any fitness worries whatsoever before this clash.

When taking all factors into account, FC Cincinatti have it in them to find the back of the net against this Minnesota United outfit, however that probably won’t quite prevent them from conceding a couple at the other end.

We can see a narrow 2-1 winning margin for Minnesota United at the end of this one. Should be a good one. 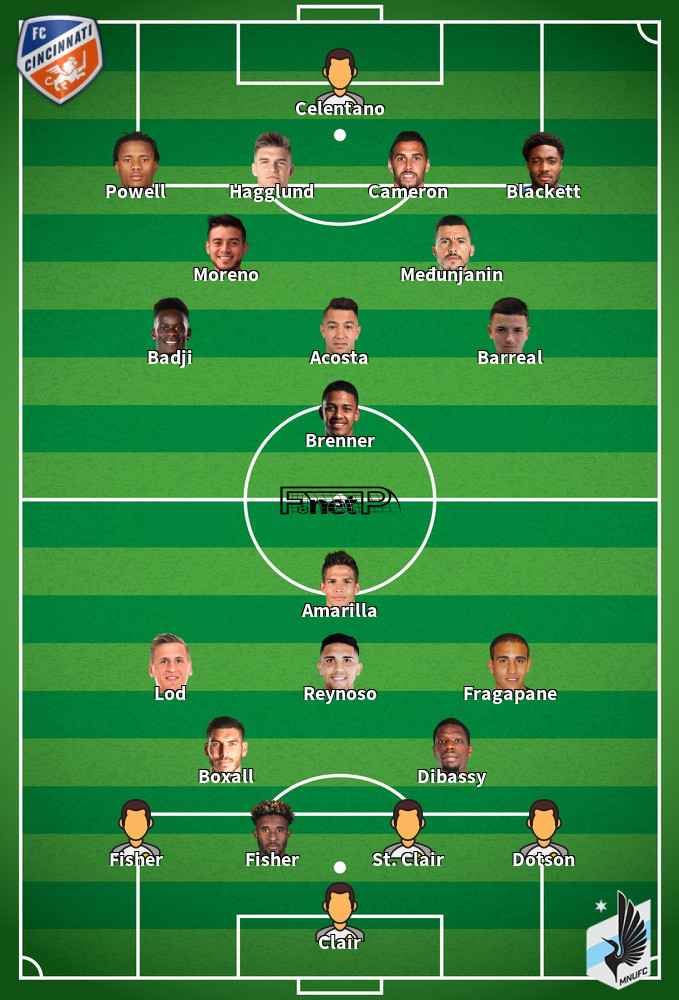 We have made these Minnesota United v FC Cincinatti predictions for this match preview with the best intentions, but no profits are guaranteed. Please always gamble responsibly, only with money that you can afford to lose. Good luck if you do place a bet today.