Return to this page a few days before the scheduled game when this expired prediction will be updated with our full preview and tips for the next match between these teams.
Full-Time Result Prediction
👉
FC Cincinatti to Win

Our tips, poll and stats for FC Cincinatti v Orlando City can all be found here (plus the best game odds).

FC Cincinatti will play in this game following a 1-1 MLS drawn result versus Philadelphia Union.

FC Cincinatti have not been the best at stopping their opponents lately, although they have also done enough to score goals themselves. Analysis of their previous 6 games shows that FC Cincinatti have been punished defensively in 5 of them as well as scoring in 6 of those matches. We will find out whether or not that trend will be sustained here.

Orlando City head into the meeting following on from a 2-1 MLS win with the downing of Houston Dynamo in their previous game.

Over the course of their previous half-dozen outings, Orlando City have amassed a tally of 8 goals. Orlando City have also managed to score on each one of those occasions. During that period, they’ve seen 8 goals go against them.

An examination of their prior head-to-head meetings dating back to 19/05/2019 shows that FC Cincinatti have won 1 of them and Orlando City 3, with the number of drawn results being 2.

A combined total of 17 goals were scored between them during those clashes, with 5 from Cincinatti and 12 netted by The Lions. The average goals per game has been 2.83.

The last league match featuring these clubs was MLS match day 4 on 13/03/2022 which ended up with the score at Orlando City 1-2 FC Cincinatti.

On the other side, FC Cincinatti got 9 attempts on goal with 3 of them on target. Brandon Vázquez (13', 53') was the scorer.

The match was refereed by Chris Penso.

The FC Cincinatti boss Pat Noonan does not have any fitness worries at all before this game thanks to a completely healthy squad to pick from.

We’re inclined to think that Orlando City will need to push hard to get anything against this FC Cincinatti team who we think will likely get the win and a maybe even keep a clean sheet as well.

We’re therefore anticipating a hard-fought 1-0 victory for FC Cincinatti when the referee blows for full-time. 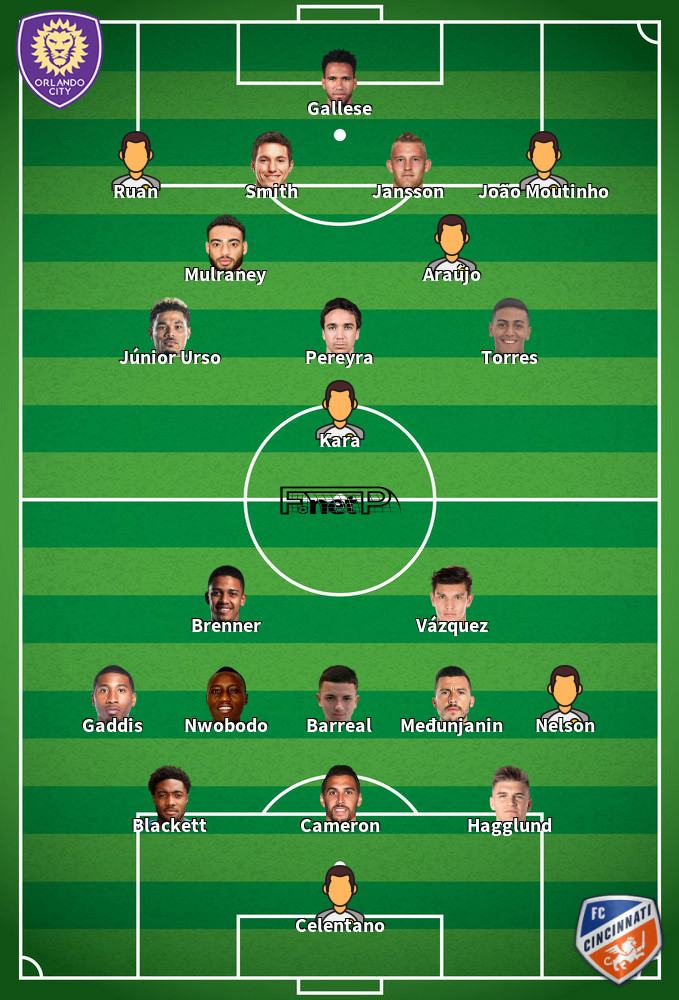 We have made these FC Cincinatti v Orlando City predictions for this match preview with the best intentions, but no profits are guaranteed. Please always gamble responsibly, only with money that you can afford to lose. Best of luck.