It’s almost time for MLS action happening on Saturday as Philadelphia Union will be taking on FC Cincinatti.

Our tips, poll and stats for Philadelphia Union v FC Cincinatti can all be found here - plus the latest betting odds.

Philadelphia Union head into this match coming off the back of a 1-1 MLS draw versus New Eng. Revolution.

Jim Curtin's Philadelphia Union have seen rewards for their attempts on goal a sum total of 7 times over their prior 6 outings. Conversely, the tally of goals that have been scored against them in that same time is 6.

Since being defeated in their last game at the hands of Montreal Impact in MLS action, FC Cincinatti and their travelling supporters will be hoping that they can get a better result in this one.

Demonstrating their partiality to fruitful matches, goals have been celebrated 24 times in the last six games in which FC Cincinatti have played, yielding an average of 4 goals each meeting. Opposing teams have managed 13 from this total.

Delving into their past head to head meetings going back to 30/03/2019 shows that these encounters have not been good ones for FC Cincinatti. They have not managed to get themselves any victories at all while Philadelphia Union have remained in the ascendancy, beating them in 83% of those matches played.

In all, 12 goals were produced between them in these games, with 11 from The U and 1 netted by Cincinatti. The average goals per game has been 2.

The last league game between these clubs was MLS match day 44 on 31/10/2021 when it ended Philadelphia Union 2-0 FC Cincinatti.

In that match, Philadelphia Union managed 52% possession and 20 shots at goal with 7 on target. The goals were scored by Dániel Gazdag (11') and Paxten Aaronson (53').

For their opponents, FC Cincinatti got 7 shots on goal with 2 on target.

The referee was Fotis Bazakos.

The Philadelphia Union boss Jim Curtin will be grateful to have no fitness worries to speak of coming into this match with a completely healthy group available for selection.

It looks as if The U look set to kick off with a 4-3-1-2 system for this game and select Andre Blake, Nathan Harriel, Jakob Glesnes, Jack Elliott, Kai Wagner, Alejandro Bedoya, Jose Andres Martinez, Leon Flach, Daniel Gazdag, Julian Carranza and Mikael Uhre.

Thanks to a fully injury-free squad available to select from, the FC Cincinatti manager Pat Noonan has zero fitness concerns whatsoever ahead of this match.

When taking all factors into account, Philadelphia Union have it within them to dominate possession and create several successful chances.

At the same time, FC Cincinatti might well find it a difficult task to score themselves but we can see them converting at least once as well.

We’re therefore expecting to see a 3-1 winning margin for Philadelphia Union by the time that the referee blows the final whistle. 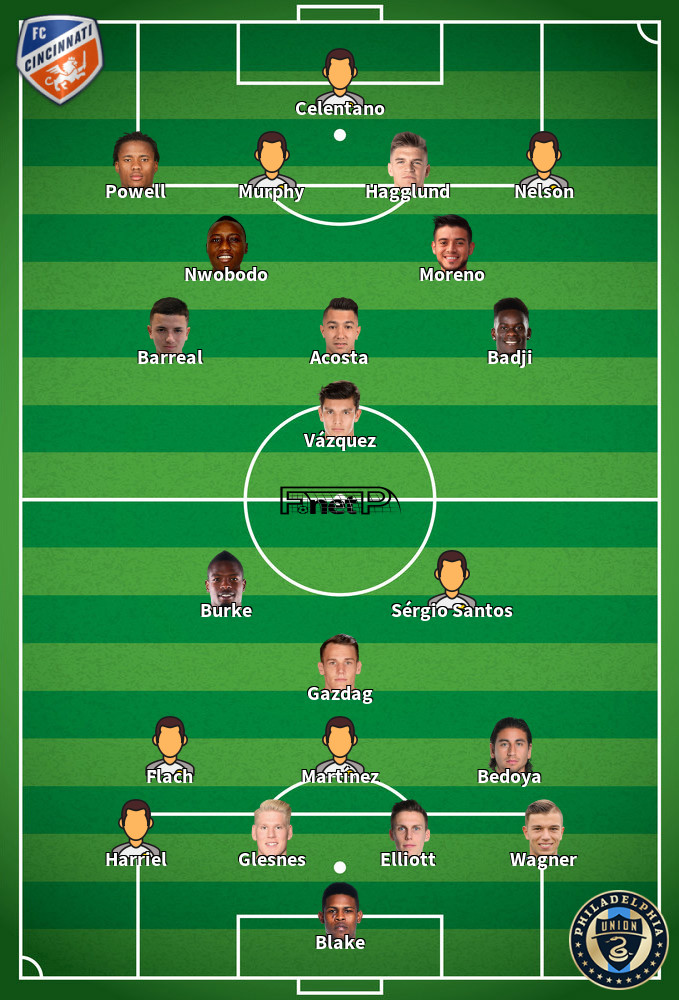 We have made these Philadelphia Union v FC Cincinatti predictions for this match preview with the best intentions, but no profits are guaranteed. Please always gamble responsibly, only with money that you can afford to lose. Good luck with your selections.