Nashville will come up against FC Dallas in Wednesday’s big MLS clash.

Full predictions, pre-match stats and user poll for Nashville v FC Dallas are shown on this page - plus the latest match odds.

Nashville fans will want a repeat of their previous result, being the 1-3 MLS triumph versus Houston Dynamo.

Their latest results shine a light on the fact that much respect should be given to the Nashville defence. Nashville have given the opposition little, resulting in the number of goals that have flown into the back of their net over the course of their past six clashes standing at 4.

FC Dallas will come into the clash following on from a 1-0 MLS win with the downing of Sporting Kansas City in their previous game.

In that game, FC Dallas managed 56% possession and 16 attempts at goal with 7 of them on target. The only player to score for FC Dallas was Hollingshead (43'). For their opponents, Sporting Kansas City got 15 attempts on goal with 3 on target.

Throughout their 6 most recent matches, Luchi Gonzalez's FC Dallas have turned their attacks into goals 6 times therefore yielding them the goals per game average of 1.

Thanks to a largely full-strength squad, there’s just a single fitness worry for the FC Dallas manager Luchi Gonzalez to contend with. Paxton Pomykal (Groin Surgery) won’t be in action.

We believe that FC Dallas and Nashville may both struggle to make a breakthrough here.

It’s looking like it could well end up as a draw. That’s why our selection here is for a very competitive game with a 0-0 scoreline at the end of this game. 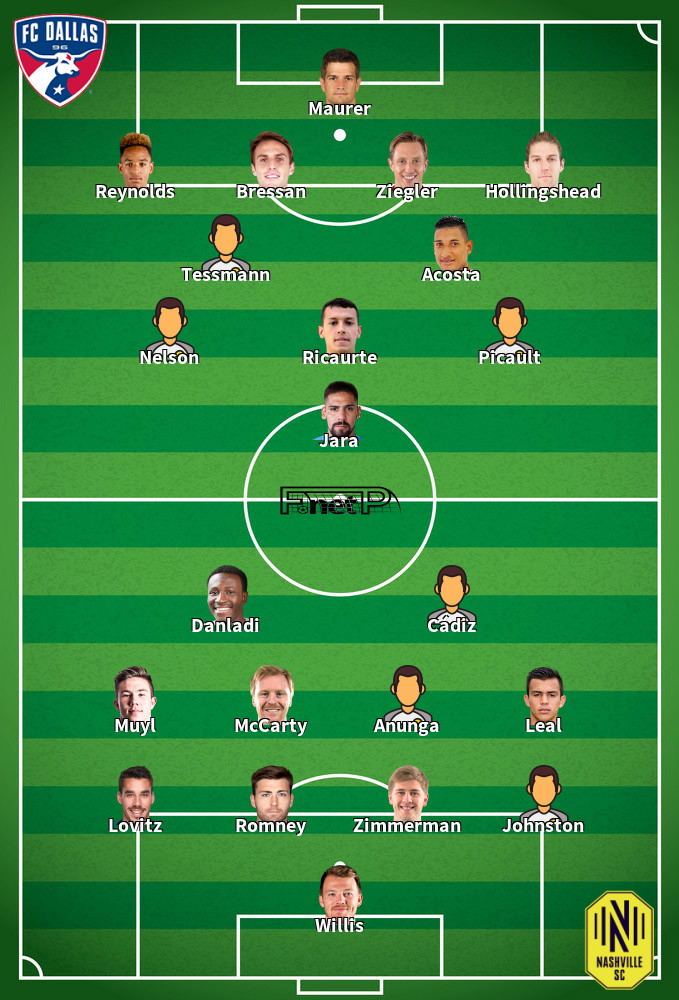 We have made these Nashville v FC Dallas predictions for this match preview with the best intentions, but no profits are guaranteed. Please always gamble responsibly, only with money that you can afford to lose. Best of luck.