Return to this page a few days before the scheduled game when this expired prediction will be updated with our full preview and tips for the next match between these teams.
Full-Time Result Prediction
👉
Seattle Sounders FC to Win

Our Seattle Sounders FC v FC Dallas predictions, statistics and match poll can be seen below - along with the latest match odds.

The numbers tell their own story, and FC Dallas have been scored against in 5 of their last 6 games, letting opponents get 8 goals in all. In defence, FC Dallas can certainly do much better. That aside, we will just have to wait and see whether such a trend might continue on here in this game or not.

An examination of their most recent head-to-head meetings stretching back to 19/09/2019 shows that Seattle Sounders FC have won 3 of these games & FC Dallas 1, with the number of drawn games standing at 2.

A combined sum of 13 goals were scored between them during those clashes, with 7 for The Sounders and 6 for Toros. This gives an average number of goals per game equal to 2.17.

The last league contest featuring these sides was MLS match day 14 on 08/05/2022 when it ended FC Dallas 2-0 Seattle Sounders FC.

For their opponents, Seattle Sounders FC got 4 attempts on goal with 0 of them on target.

The referee was Allen Chapman.

Due to a completely injury-free squad ready to go, the FC Dallas manager Nico Estévez does not have any fitness worries whatsoever before this match.

We’re envisaging that FC Dallas will have their work cut out to score goals against this Seattle Sounders FC side who should manage to get a goal of their own in a winning performance.

We’re therefore expecting a 1-0 victory for Seattle Sounders FC when the referee blows for full-time. 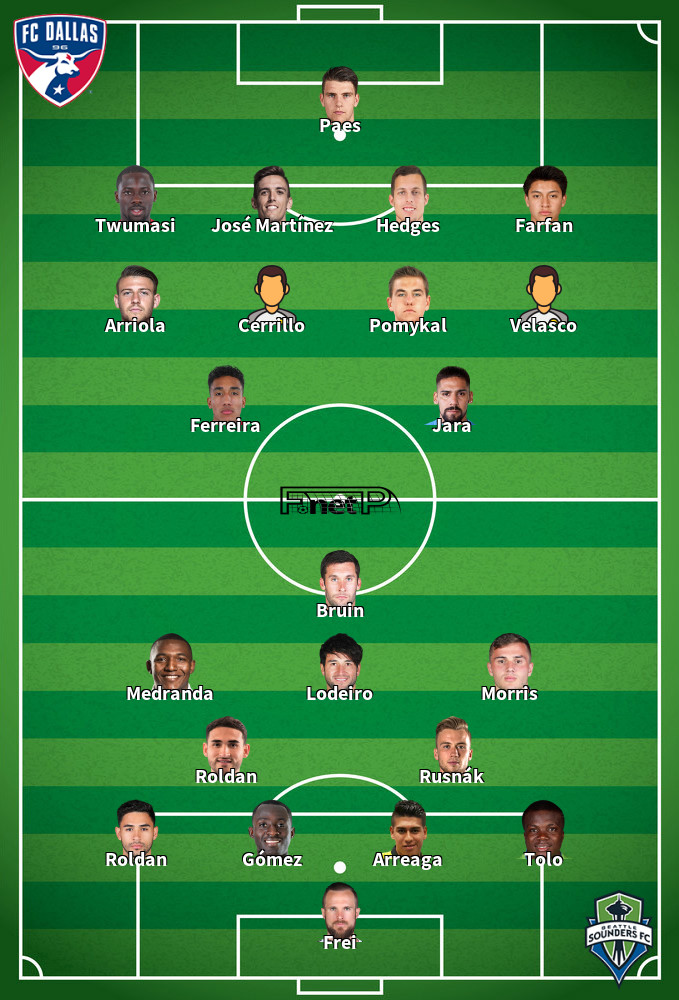 We have made these Seattle Sounders FC v FC Dallas predictions for this match preview with the best intentions, but no profits are guaranteed. Please always gamble responsibly, only with money that you can afford to lose. Best of luck with your selections.