All of our predictions, stats and the user poll for FC Dordrecht v NAC Breda are shown below including the latest game odds.

FC Dordrecht are hoping to win again after their last result, the 1-2 Eerste Divisie success over Jong Ajax.

At least three goals per match have been seen in 5 of the past 6 meetings where FC Dordrecht have played. Opposition teams scored 17 times in this period whereas Schapenkoppen totted up 6.

Coming into this fixture, FC Dordrecht have not won at home in their last 4 matches in the league. Their supporters are understandably frustrated.

NAC Breda will go into this match following a 1-2 Eerste Divisie win over Telstar in their previous game.

In their previous 6 clashes, NAC Breda have helped themselves to a total of 12 goals. De Parel van het Zuiden have additionally got on the scoresheet on each one of those occasions. During that period, they have had 6 goals scored by their opponents. However, we will just have to wait and see if such a trend will be maintained in this match or not.

Coming into this fixture, NAC Breda have not been beaten in their last 7 away league matches.

Checking on their prior head-to-head meetings stretching back to 05/02/2016 tells us that FC Dordrecht have won 1 of them and NAC Breda 5, with the number of draws standing at 0.

A total of 12 goals were scored between them in this period, with 2 of them from Schapenkoppen and 10 netted by De Parel van het Zuiden. That is an average goals per game value of 2.

The last league contest between these sides was Eerste Divisie match day 15 on 06/12/2020 when the final score was NAC Breda 0-1 FC Dordrecht.

The match was refereed by Ingmar Oostrom.

NAC Breda manager Maurice Steijn has a number of players out of action. Hüseyin Dogan (Knock) and Anouar Kali (Hamstring Injury) are not able to play.

For this match, we think that FC Dordrecht have it within them to put one past this NAC Breda team, although one goal is unlikely to be enough to avoid a loss.

We’re going for a narrow 1-2 victory for NAC Breda by the conclusion of the game. Let’s just see how this one goes. 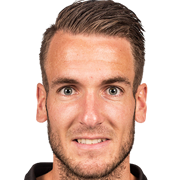 Customarily deployed in the Centre Midfield position, Kevin Vermeulen was born in Netherlands. Having made a first senior appearance for Excelsior in the 2013 - 2014 season, the skilful Midfielder has got 3 league goals in this Eerste Divisie 2020 - 2021 campaign to date in a total of 23 appearances.

We have made these FC Dordrecht v NAC Breda predictions for this match preview with the best intentions, but no profits are guaranteed. Please always gamble responsibly, only with money that you can afford to lose. Best of luck with your selections.