FC Dordrecht will be at Parkstad Limburg Stadion on Friday for the Eerste Divisie fixture with hosts Roda JC Kerkrade.

Roda JC Kerkrade will be hoping for a better result following a 4-0 Eerste Divisie losing effort in their last game against De Graafschap.

Fixtures involving Roda JC Kerkrade have tended to be entertaining affairs of late with plenty of scoring being a real hallmark. Over their past 6 clashes, the sum of 23 goals have been recorded for both sides combined (at an average of 3.83 goals per game) with 13 of these accredited to De Koempels.

After a loss in their previous game against Excelsior in Eerste Divisie competition, FC Dordrecht will be aiming to make amends here.

The numbers tell their own story, and FC Dordrecht have been scored against in 5 of their last 6 games, conceding 13 goals overall. At the back, Schapenkoppen could really do with shoring things up. That kind of trend isn’t assured to be carried forward into this next game, of course.

Coming into this contest, FC Dordrecht are without a win away from home in their last 3 league matches.

The previous league match between these sides was Eerste Divisie match day 28 on 28/02/2020 when it ended Roda JC Kerkrade 5-0 FC Dordrecht.

In this game, Roda JC Kerkrade will, in all likelihood, be able to create a high number of chances and successful shots on target.

In contrast, FC Dordrecht are also probably going to find it difficult to make a breakthrough but we can see them converting at least once here.

We’re predicting a decent 3-1 margin for Roda JC Kerkrade at the conclusion of the game. 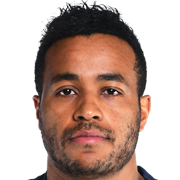 Usually playing in the Central Attacking Midfielder position, Roland Alberg was born in Hoorn, Netherlands. After having made a senior debut playing for Excelsior in the 2011 - 2012 season, the talented Midfielder has got 2 league goals in the Eerste Divisie 2020 - 2021 season to date coming from a total of 3 appearances.

While we have made these predictions for Roda JC Kerkrade v FC Dordrecht for this match preview with the best of intentions, no profits are guaranteed. Always gamble responsibly, and with what you can afford to lose. Best of luck.