The Eerste Divisie match at Jan Louwersstadion on Saturday will see home side FC Eindhoven facing opposition in the form of FC Oss.

View all FC Eindhoven v FC Oss tips, stats and our pre-match poll below (plus the best game odds).

FC Eindhoven will be hoping for a better result after the 2-0 Eerste Divisie losing effort in their last game against Roda JC Kerkrade.

Over their preceding six fixtures, Rob Penders's FC Eindhoven have netted 8 times - an average number of goals per match equal to 1.33.

Their prior results show that FC Eindhoven:

Since being defeated in their last game at the hands of De Graafschap in Eerste Divisie competition, FC Oss will be hoping to turn things around here.

Looking at their form, and FC Oss have been scored against in 5 of their last 6 games, seeing opposing sides hit 14 goals in total. In defence, FC Oss just haven’t been too solid at all.

Looking at the statistics for their head to head duels going back to 02/11/2018, there has been little between the sides with FC Eindhoven winning 2 of those games, FC Oss 2 and 2 being draws in normal time.

A sum of 14 goals were scored between the two sides in this period, with 6 of them for FC Eindhoven and 8 belonging to TOP Oss. That is an average goals per game value of 2.33.

The last league meeting between these clubs was Eerste Divisie match day 30 on 26/03/2021 and the score finished FC Eindhoven 0-0 FC Oss.

That day, FC Eindhoven had 52% possession and 6 shots on goal with 1 of them on target.

On the other side, FC Oss had 9 attempts at goal with 2 on target.

It’s a low absenteeism rate, with just a single fitness concern for the FC Eindhoven gaffer Rob Penders to contend with from of an almost fully healthy group. Justin Ogenia (Cruciate Ligament Rupture) misses out.

With a completely healthy squad ready to go, the FC Oss manager Bob Peeters has no fitness worries whatsoever before this clash.

It’s likely that FC Oss could really find it hard to score against a FC Eindhoven side who look likely to create a lot of chances for themselves and convert these into goals.

Our tip is for a very comfortable 3-0 margin for FC Eindhoven at the end of this one. 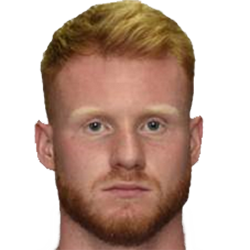 Mostly played in the Striker position, Jort van der Sande was born in Netherlands. After having played his first senior match for Den Bosch in the 2014 - 2015 season, the dangerous Forward has scored a sum of 3 league goals in the Eerste Divisie 2021 - 2022 campaign to date in a total of 6 appearances.

We have made these FC Eindhoven v FC Oss predictions for this match preview with the best intentions, but no profits are guaranteed. Please always gamble responsibly, only with money that you can afford to lose. Good luck if you do place a bet today.