Matches featuring Roda JC Kerkrade have usually been engaging affairs recently with high scoring being the norm. Over their past six games alone, the sum total of 20 goals have been scored for both sides combined (at an average of 3.33 goals per game) with 7 of these accredited to De Koempels.

A look at their previous results shows us that Roda JC Kerkrade:

FC Eindhoven will go into this clash following on from a 1-0 Eerste Divisie win as they beat Den Bosch in their last outing.

The trend of at least one team not scoring a goal in games featuring FC Eindhoven has become evident of late. A glance at their last six games reveals that it has occurred 5 times. During those clashes, their opponents have hit a goal total of 6 while FC Eindhoven have scored 9. That sort of trend won’t necessarily be sustained into this next game, however.

Looking at their past head to head clashes going back to 22/08/2014 shows us that Roda JC Kerkrade have won 3 of these games & FC Eindhoven 0, with the tally of draws being 3.

An aggregate of 16 goals were shared by the two clubs throughout the course of those matches, with 10 of them for De Koempels and 6 created by FC Eindhoven. The average number of goals per game works out to 2.67.

The previous league encounter between these clubs was Eerste Divisie match day 5 on 29/09/2020 when the final score was FC Eindhoven 3-3 Roda JC Kerkrade.

Our assessment is that Roda JC Kerkrade have it within them to get a lot of shots on goal and make them count.

At the same time, FC Eindhoven are also probably going to find it difficult finding the net themselves but we do think that it’s more than likely that they will be hitting back at some stage here, too.

We can therefore see a 3-1 victory for Roda JC Kerkrade by the time that the referee blows the final whistle. 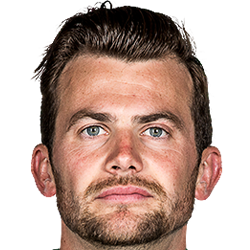 Typically taking to the field in the Central Attacking Midfielder position, Erik Falkenburg was born in Leiden, Netherlands. After making a first senior appearance for Sparta Rotterdam in the 2007 - 2008 season, the skilful Midfielder has accumulated 8 league goals in the Eerste Divisie 2020 - 2021 season so far in 27 appearances.

We have made these Roda JC Kerkrade v FC Eindhoven predictions for this match preview with the best intentions, but no profits are guaranteed. Please always gamble responsibly, only with money that you can afford to lose. Good luck!